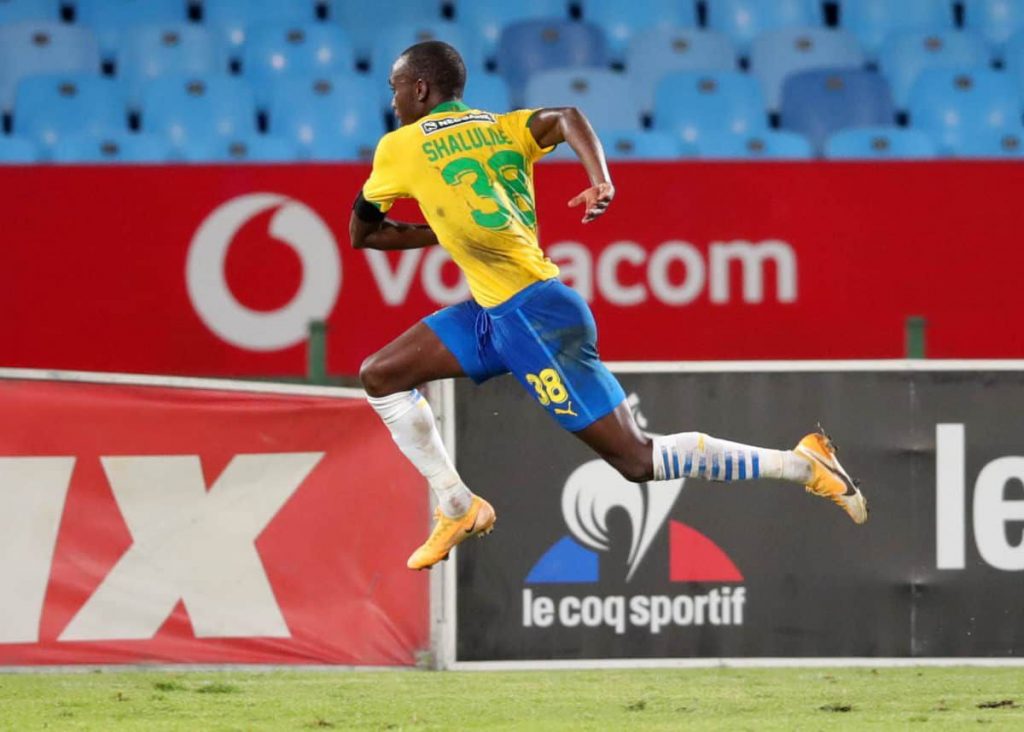 The Namibian hitman has had a fine campaign with Brazilians last season as he scored 22 goals and provided 8 assists in 39 games across all competitions.

Thanks to his stunning season, the Namibian star scooped the Dstv Premiership Footballer of the Season Award.

And according to Kerr, it is time for him to move on as Percy Tau did in 2018.

“It’s hard to tell you if Peter would do well in (countries like) England or not,” Kerr told KickOff.

“I remember Lorch a couple of seasons ago he was chased by a couple of English clubs. One of them was Birmingham City and it never materialised. I don’t think Namibia is in the top 75 or top 25 of FIFA ranking so he (Shalulile) would not be eligible to play.

“You know he’s got a very, very good attitude and very good character. He’s done very, very well when he was at Highlands Park, he‘s very very well this season obviously winning the player of the year.

” But you never know I mean English football has changed since I played. But I think he could do alright. But it needs a different mentality European football. Maybe that’s one of the reasons Percy Tau is not getting much game time at Brighton”, the former Leeds United player added.