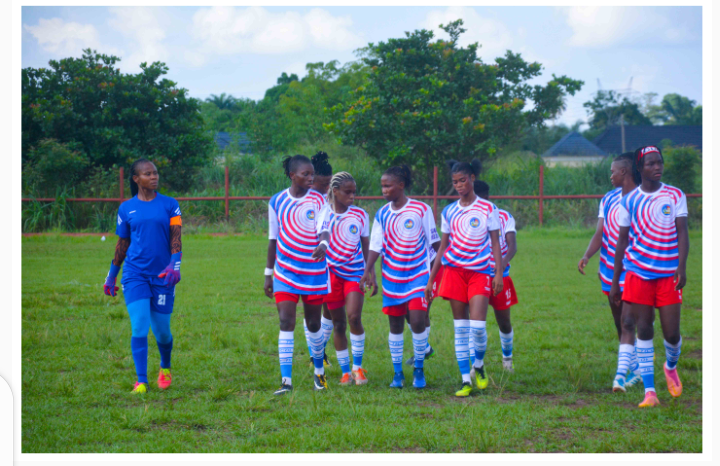 The battle for who will be crowned  winner of this year’s Nigeria Women Football League (NWFL) AITEO Cup have reached the last four.
A thrilling quarter final games played on Monday saw two of the last eight games decided from the spot.
Defending champions Nasarawa Amazons kissed the competition goodbye following their loss to FC Robo.
The Amazons bowed out of the competition 3-2 after penalties as both teams played 1-1 draw in regulation time.
In the other quarter finals game played, Delta Queens hope of winning a silverware this season hitter the rock as they were sent packing from the competition.
Delta Queens suffered a 2-0 loss to Bayelsa Queens courtesy of a brace from Mary Anjor.
Edo Queens turned the tide on it’s tail and failed to the semi final with a 4-3 win against Osun Babes.
Sarah Iloduba put Osun Babes in front in the first half before Sebastine Flourish levelled for Edo Queens as the tie was decided on penalties.
The game between NWFL Premiership Champions, Rivers Angels was postponed as they prepare for the

WAFU-B Zonal Qualifiers for 2021 TotalEnergies CAF Women’s Champions League which will kick off on Saturday, July 17, 2021, in Cote d’Ivoire.