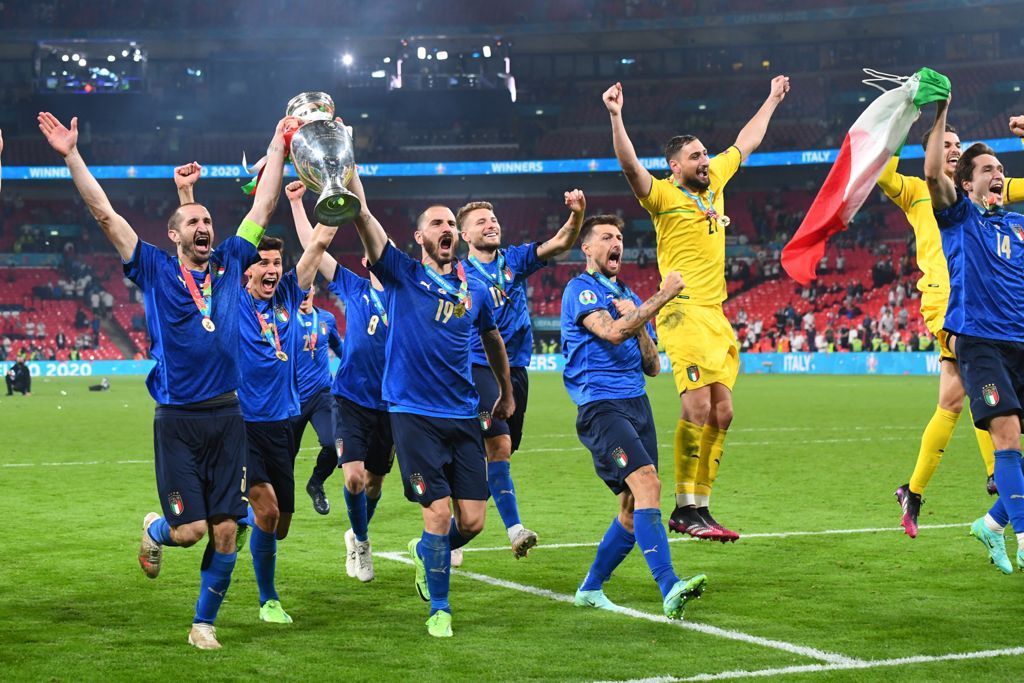 Italian players dominated the list of team of the just concluded Euro 2020 which was released by on Monday.

The Azzurri against all odds defeated England 3-2 on penalty shootout at the Wembley Stadium in Sunday’s final.

The list which was released via the euro 2020 official website, five Italian players make up the team of the tournament.

Others are player of the tournament, Gianluigi Donnarumma, Leonardo Bonucci, Jorginho, Federico Chiesa.

Paul Pogba’s performance for France earned him a place in the team while Cristiano Ronaldo who finished as top scorer of the tournament missed out on the team.