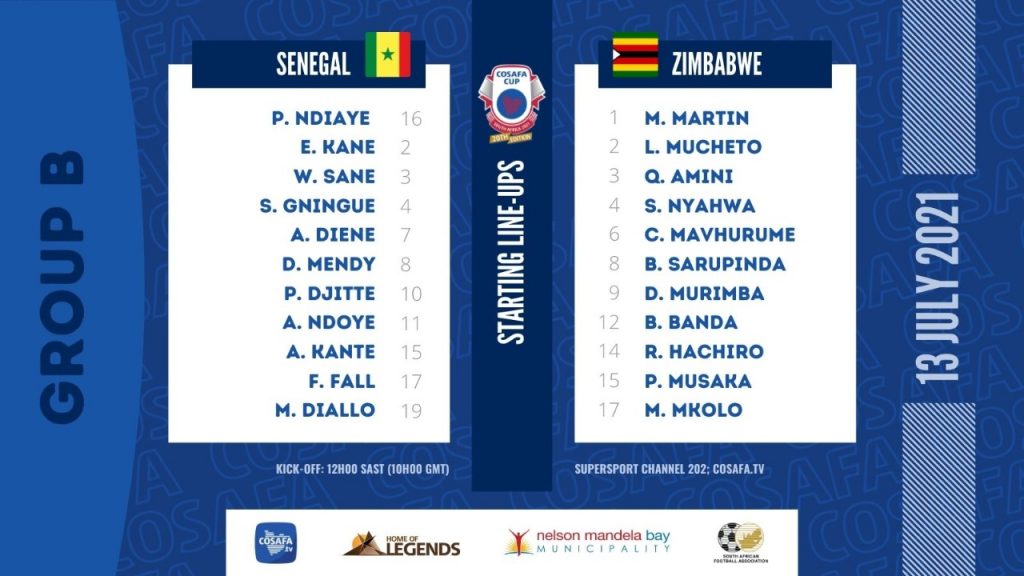 Malawi host Namibia in a Group B match that can make or break the Flames at the ongoing Cosafa Cup in South Africa.

The Flames coach Meck Mwase has made five changes to his starting line-up for the game scheduled for Isaac Wolfson Stadium in Port Elizabeth.

Mwase has dropped first-choice goalkeeper Ernest Kakhobwe and opted to start with William Thole whereas striker Muhammad Sulumba has made way for debutant Maxwell Gasten.

There is also a slight tweak to the defence that has leaked four goals in two games with Silver Strikers’ Nixon Mwase preferred to Nixon Nyasulu of Nyasa Big Bullets.

Mwase and Gasten are set for the debuts with the Flames.

Midfielders Taonga Chimodzi and Ndaziona Chatsalira have also earned starting berths after impressing in the 2-0 loss to Mozambique on Sunday.

The Flames started the campaign with a 2-2 draw with Zimbabwe and anchor the group with one point from two games whereas Namibia lead the standings on six points.

Coach Mwase told Football Association Malawi website that the Flames must beat Namibia to remain in contention to qualify for the knockout stages.

“We are well prepared for the match. It is up to us to decide our destiny in the competition. We have made changes and expect an improved performance that should get us the three points,” Mwase is quoted saying.

In another group B match Senegal will play Zimbabwe at the Nelson Mandela Bay Stadium.

Zimbabwe are in the danger of crashing out of contention for the completion after drawing two games and losing once while Senegal have three points.