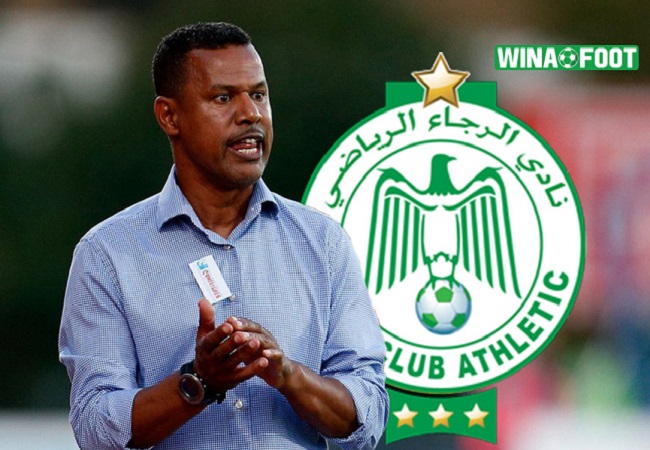 Raja Casablanca of Morocco beat JS Kabylie of Algeria this past weekend to clinch the second title of CAF Confederation Cup of their history. Following this triumph, Raja Casablanca coach Lassaad Chabbi has emphasised that his team has made the country proud.

The Green Eagles triumphed 2-1 over Algeria’s JS Kabylie at Stade de l’Amitie in Cotonou, Benin on Saturday night. The Moroccan side lifted the trophy thanks to early goals from Soufiane Rahimi and Ben Malango.

The result continued Morocco’s recent dominance of the CAFCC competition: Raja were champions in 2018. RS Berkane were runners-up in 2019. And then champions for the first time in 2020 before the Green Eagles claimed the title again this year.

Chabbi was contacted after the final via telephone by Morocco’s King Mohammed VI, who congratulated the coach and his charges for further enhancing the North African country’s football reputation.

“I am very happy… I thank King Mohammed VI, who personally contacted me and expressed his affection for Raja.” Said Chabbi.

“He also congratulated the players for what they have produced here in Benin. They honoured the Kingdom of Morocco. My thanks to His Majesty the King.” Continued the coach.

“As I always say, the infrastructures exist in Morocco which deserves a coronation each year in the African Champions League or in the CAF [Confederation] Cup.” The Raja coach added.

With their triumph, Raja have earned a place in the CAF Super Cup final against the winners of the top-tier Champions League final, which will be played in Casablanca this coming weekend between Egypt’s Al Ahly and South African side Kaizer Chiefs.