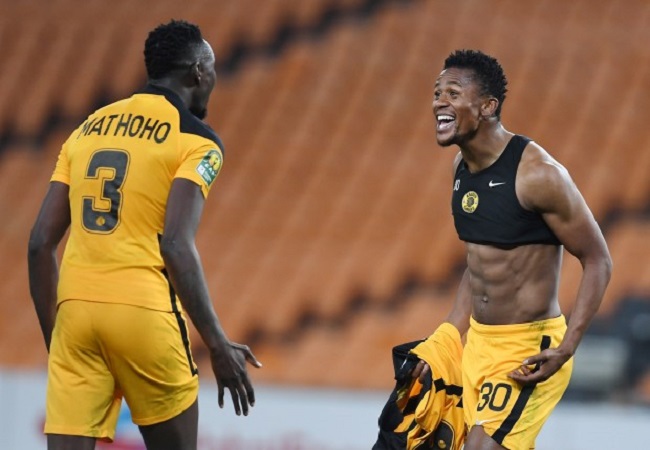 Kaizer Chiefs will take on Al Ahly in the CAF Champions League final in the coming week-end. And the South African side’s defender Eric Mathoho says Amakhosi are ready for the challenge.

The Soweto giants overcame Wydad Athletic Club in the semi-finals 1-0 on aggregate in order to reach their first ever final.

They will now face defending champions Al Ahly in the final which is to take place on Saturday, 17 July at the Mohamed V stadium in Morocco. the game will kick off at 19:00 GMT.

“We are looking to win the trophy in order to reach the Club World Cup. And this means that this match will be a war.” said Mathoho.

“The match against Al Ahly will not be easy. We are preparing well to play with full force. We won’t be an easy prey for them.

“They will be surprised by the team they will face. They won’t know this Kaizer Chiefs team. It will be a war. We are ready for every challenge that we will face as players on July 17.

“The final means a lot to us. Reaching the Champions League final is a great achievement. This is what every player wants. We are proud to have reached that stage of the tournament. It means a lot that we have become one of the teams that managed to reach the final.” Eric Mathoho concluded.

On the other side, Pitso Mosimane’s Al Ahly are also preparing the match high on confidence as they aim for an incredible 10th CAF Champions League title.