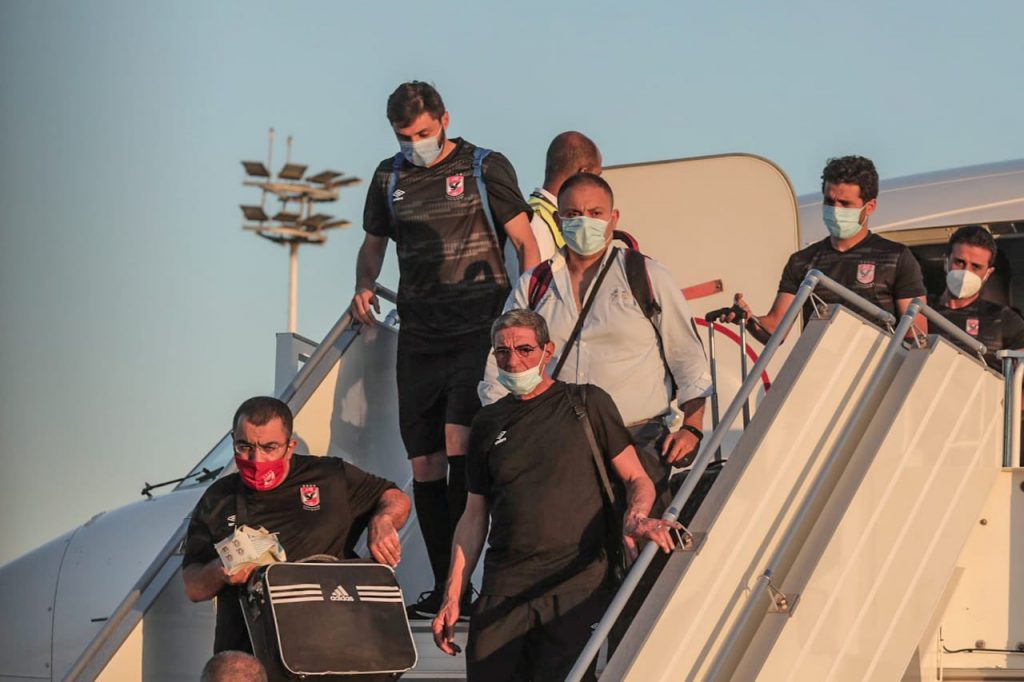 Al Ahly delegation arrived in Casablanca, Morocco on Tuesday evening after leaving Cairo in the afternoon, on a private plane ahead of their CAF Champions League final against Kaizer Chiefs.

The Red Devils have had a safe journey from Cairo to Casablanca, the main city of Morocco ahead of their clash with Chiefs on Saturday, July 17 at 19:00.

Following their touch-down, Pitso Mosimane and his men will enter a bio-bubble to avoid any Covid-19 contagion among the group.

For this historic meeting, the South African manager have named a strong squad to face Chiefs who will play at this stage of the competition for the very first time of their history.

And ‘Jingles’ can count on all of his key players starting from Mohamed El Shenawy, Ali Maaloul, Mohamed Magdy Afsha, El Shahat and others, as they look for their 10th continental trophy.