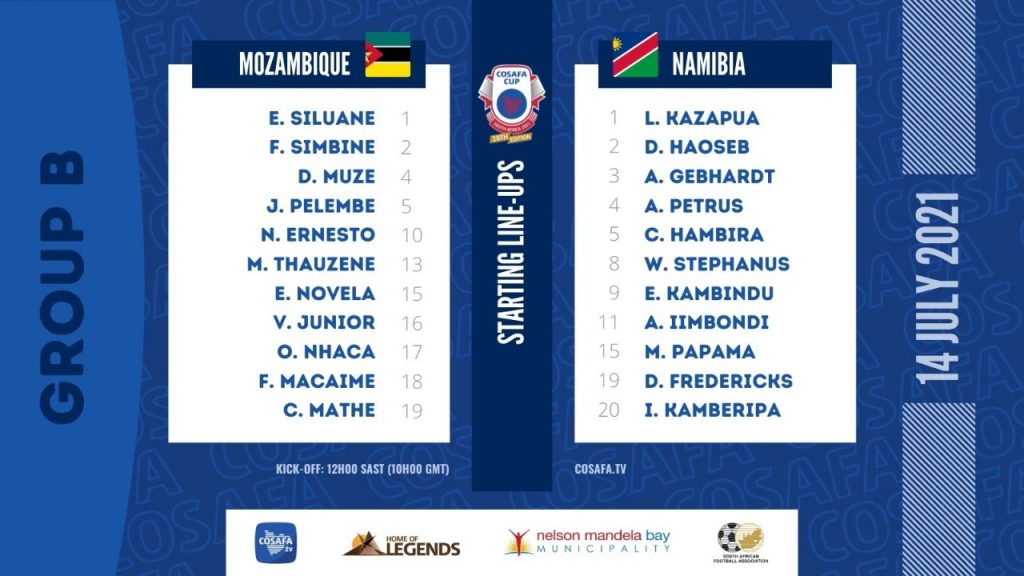 Senegal face Malawi, Mozambique take on Namibia in Group B decisive matches of the Cosafa Cup in South Africa this afternoon.

With two points from three games, third-placed Malawi are practically out of the running for a place in the semi-finals whereas Senegal can sail through with any win.

This is the case as Namibia lead the group with seven points followed by Senegal (six points), Mozambique (four points) and bottom-placed Zimbabwe (two points).

The Warriors and the Flames of Malawi are out of the race for a semi-final slot.

Therefore, the group’s two semi-final places are still up for grabs among Namibia, Senegal and Mozambique going into the match at Nelson Mandela Bay.

If Senegal beat Malawi and Mozambique prevail over Namibia, the Teranga Lions and the Mambas will proceed to the last-four stage.

A draw between Senegal and Malawi, Mozambique and Namibia will see the Teranga Lions and Brave Warriors through.

Ahead of the match, Malawi coach has handed debuts to goalkeeper Richard Chimbamba,  defender Eric Kaonga whereas midfielder Mike Mkwate gets the nod in the starting line up alongside striker Zicco Mkanda.