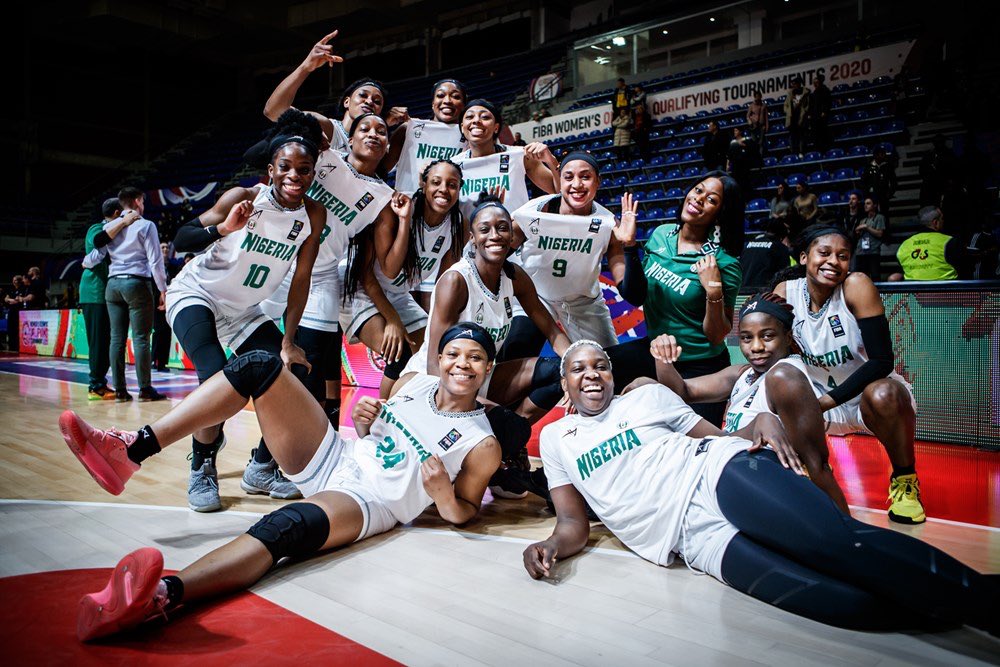 Nigeria female basketball team D’Tigress have been ranked as the best team basketball team Africa.
With the Women’s Olympic Basketball Tournament is only a few weeks away, FIBA released its Power Ranking on Wednesday.
The ranking saw D’Tigress who are African Champions, maintained their position as Africa powerhouse in basketball.
They also performed excellently at the FIBA Women’s Basketball World Cup makes them to remain the best team in the continent.

In the world ranking, D’Tigress were ranked 10th with the USA female basketball team occupying the first place in the Power Ranking.
D’Tigress did well at the FIBA Women’s Olympic Qualifying Tournaments in Belgrade and will play France, Japan and the  USA who are the reigning Olympics champions in Group B.