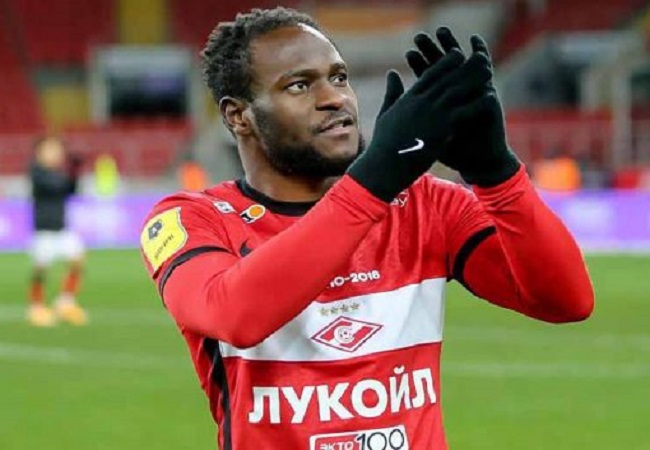 Victor Moses has started pre-season being in one of the best forms of his career. The former Nigeria international got on the scoresheet as Spartak Moscow thrashed Rubin Kazan 4-0 in their second game of the Parimatch Premier Cup tournament on Wednesday evening.

The Nigerian winger’s career seemed to have stalled in the last three years of his stay in England with Chelsea, leading to loan spells at Fenerbahce, Inter Milan and Spartak Moscow.

Moses’s goal Wednesday means he has now scored in four consecutive games for the Muscovites. He helped his side register three wins against Sibenik, Sochi and Rubin Kazan, and a draw vs NK Bravo.

Named in the starting lineup, the Spartak Moscow number 8 sent the goalkeeper the wrong way from the spot to open the scoring in the tenth minute.

Aleksandr Sobolev, Roman Zobnin and Georgiy Dzhikiya found the back of the net in the space of seven second half minutes to steer Spartak Moscow to a comfortable win.

Given Moses’s form in pre-season, especially in front of goal, he has a key role to play for the Red and Whites in the new season as they aim to wrestle the Russian Premier League title from Zenit Saint Petersburg’s grasps.

Moses and his Spartak Moscow teammates face Khimki in their final pre-season game on Sunday, July 18.