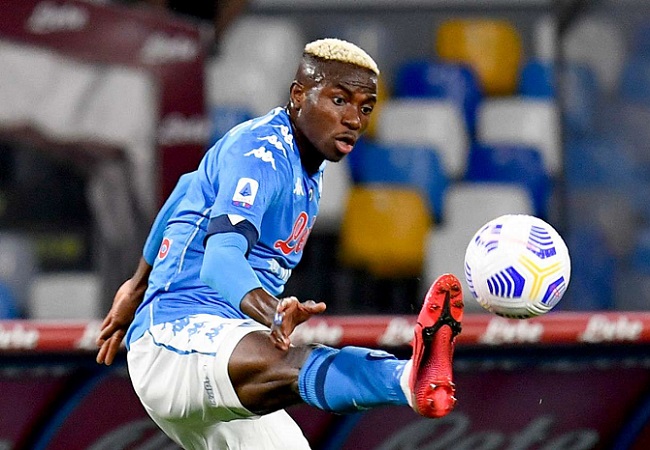 The fixtures for the 2021/2022 Serie A season were released on Wednesday. The opening round puts Napoli against Venezia, which will see Victor Osimhen take on Tyronne Ebuehi.

However, Osimhen will likely miss Napoli’s second leg clash against Juventus and four other league games next season.

While Osimhen will be available for that match, he will miss the return leg on January 6. Because the Nigerian international is expected to be included in his country’s squad for next year’s Africa Cup of Nations in Cameroon.

The biennial competition holds between January 9-February 6. And that could see Osimhen miss five games if the Super Eagles go all the way.

Although the clash against Juventus is on the sixth of January, clubs are obliged to release their players for international competitions at least seven days before the start of the tournament.

Osimhen will also potentially miss clashes against Sampdoria, Bologna, Salernitana and Venezia. It’s not ideal for Napoli, who are still yet to enjoy the best of the Nigerian international since he joined from Lille for a club and African record fee.

The 22-year-old missed more than three months of action in his debut season, although he still managed to score ten league goals, including seven in the last 11 matches.

Osimhen will now hope to build on that going into the new season.