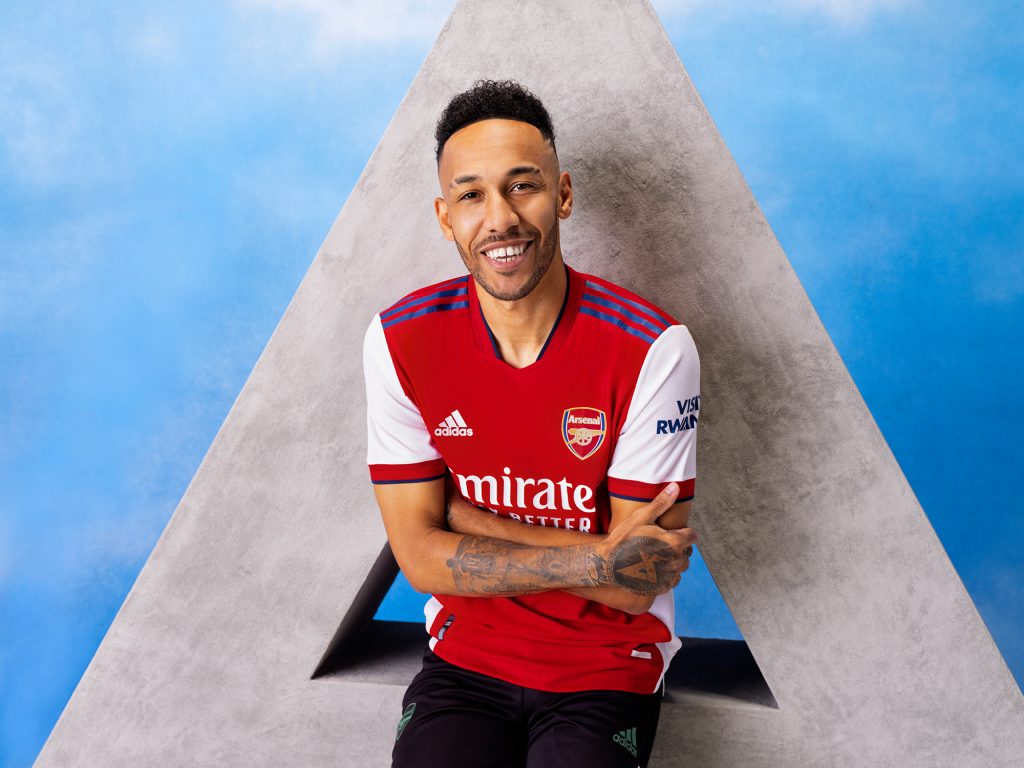 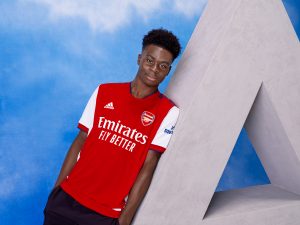 Busayo was part of the English team who finished as runner up in the just concluded Euro 2020.

Both players were among others who modelled the jersey which will be worn by both the women’s, men’s and academy teams.

The red and white shirt has collegiate navy branding on the shoulders and will be accompanied with white shorts and socks.

A women’s shirt in both authentic and replica versions, and youth kits, have also been released.

The club in a statement said, as excitement builds towards a new season with our fans back at Emirates Stadium and Meadow Park, we’re delighted to reveal our new home kit which will be worn by our women’s, men’s and academy teams.

“As with the 2021/22 away kit, the Arsenal For Everyone logo features on the inside collar of the shirt.

“Launched in 2008 as a celebration of the diversity of the Arsenal family, the Arsenal For Everyone initiative ensures that everyone can feel an equal sense of pride and belonging to the club.”

According to the club official website, the new kit will be worn on pitch for the first time in the friendly came against Rangers.