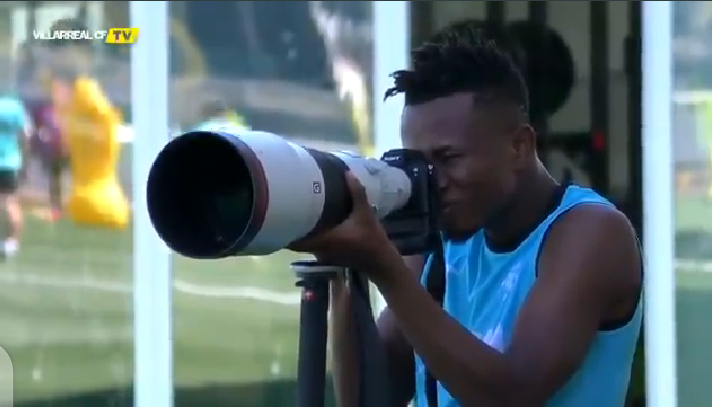 Villarreal winger Samuel Chukwueze is back to training with the club after he was sidelined due to injury.

The Nigeria international was stretchered out in Villarreal’s Europa League semi-final second leg against Arsenal at Emirates Stadium in May.

He missed the Europa League final against Manchester United which the Yellow Submarines won.

The club later announced that Chukwueze suffered a muscle damage to his quadriceps.

With Villarreal set to begin their pre-season today, the past winger returned to training.

A short video clip released by the club on it’s official  was seen standing with a photo camera before he joined the rest of his teammates for training session.

He could be available for selection in the UEFA Super Cup game against Chelsea at the Windsor Park in Belfast August 11.