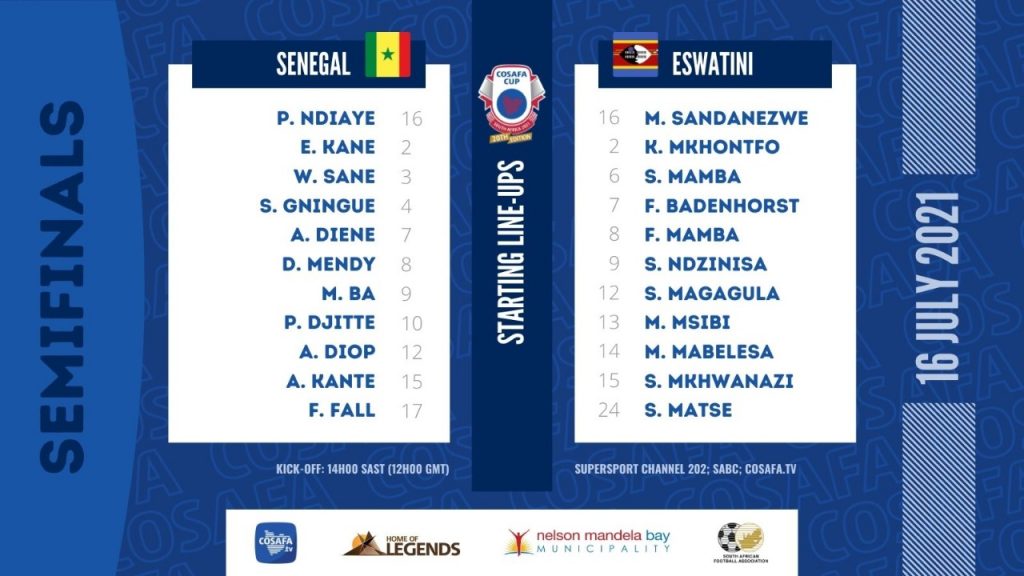 Senegal and Eswatini get the Cosafa Cup semifinal show underway this afternoon at Port Elizabeth in South Africa.