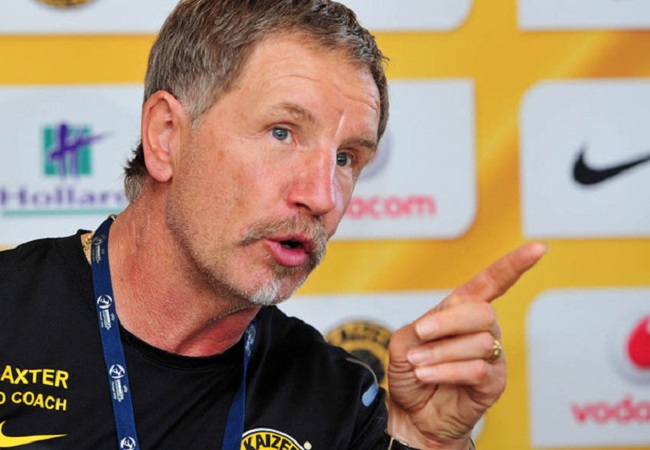 Kaizer Chiefs head coach Stuart Baxter has confirmed he will be on the bench in Saturday’s CAF Champions League final against Al Ahly.

Baxter had been waiting for his work permit since joining Chiefs last month. And as a result, he missed the two-legged semi-final against Wydad Casablanca.

There were concerns that Baxter would again miss the encounter at Stade Mohammed V due to unissued paper work.

Speaking to the media on Friday, Baxter confirmed the news of him sitting on the Amakhosi technical bench against Pitso Mosimane’s men.

“This is the first game on the bench.” Confirmed Baxter.

Baxter, 67, further said while Chiefs are the underdogs against Al Ahly in the eyes of the majority, he has a plan to dismantle the defending champions.

“We are underdogs in most people eyes. But in my knowledge of football, things don’t always turn out the way they are supposed to.” He said.

“We have a game plan that, I believe will turn out for us. We believe we can get a good result.” Added Baxter.