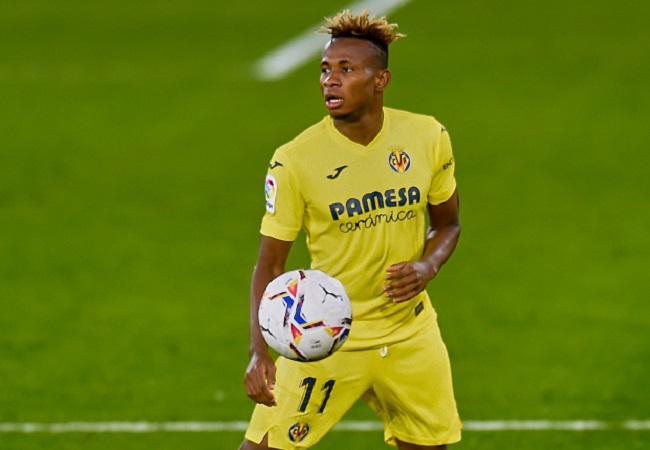 Villarreal are ready to listen to offers from interested clubs for Nigerian international Samuel Chukwueze. The Spanish giants have made this decision only three years after promoting the youngster to the first-team.

Chukwueze joined the Yellow Submarines shortly after impressing for Nigeria at the 2015 FIFA U-17 World Cup when he helped the Golden Eaglets win the title.

He was initially assigned to the club’s Juvenil A squad. But it didn’t take long before he made his breakthrough. And he was promoted to the reserves and then to the first team.

Chukwueze scored eight goals in 38 matches in all competitions in his first season at the elite level. The Super Eagles winger managed four goals in 41 games in the following campaign before netting five times in 40 matches last term as Villarreal ended as the Europa League champions.

Villarreal manager Unai Emery is not convinced that Chukwueze fits his plans in the future. And the former Arsenal manager is open to letting the 22-year-old leave.

According to ElgolDigital, the money raised from his potential sale will fund the acquisition of PSG midfielder Pablo Sarabia.

Chukwueze is not short of suitors as he remains on the radar of several clubs. Recently, Marseille and Atletico Madrid have shown interest in snapping up the Super Eagles star, with the Spanish champions reportedly leading the race for his signature.