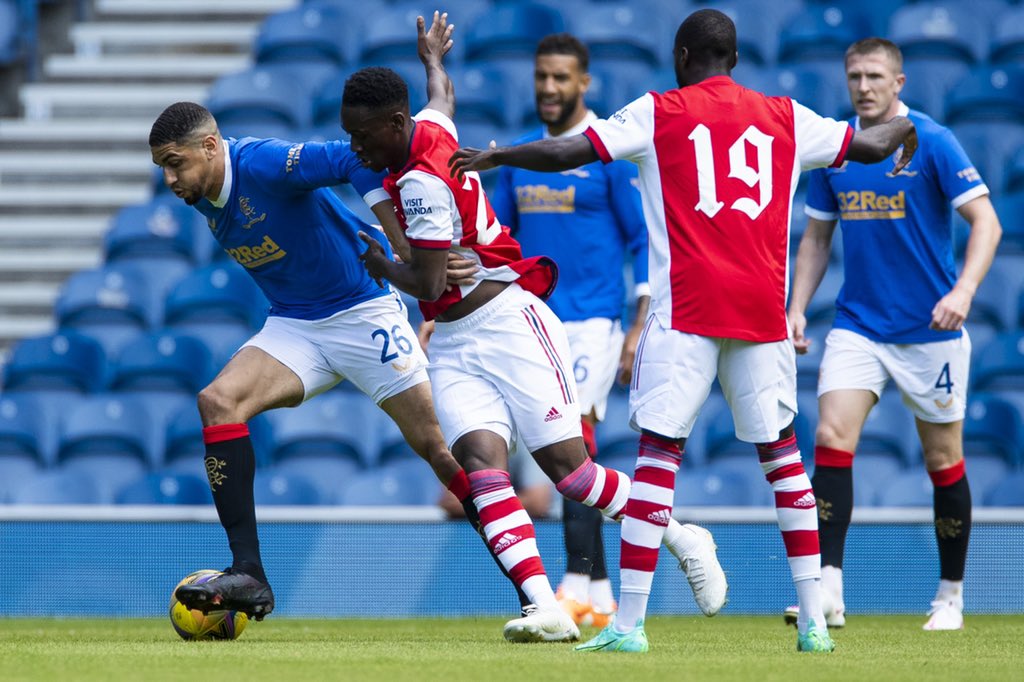 Leon Balogun said he is looking forward to scoring more goals for Rangers after he found the net in the 2-2 draw against Arsenal.
The game was part of Rangers 150th anniversary and also welcomed back fans to the Ibrox Stadium.
Balogun broke the deadlock for the Gers in the 14th minute as he flicked the ball superbly with his head back across goalkeeper Arthur Okonkwo and into the back of the net.

Arsenal began to show some of their Premier League clashes, with Pierre-Emerick Aubameyang combining well with Nicolas Pepe, the latter curling an effort over from wide in the box.

Then on 23 minutes, they drew themselves level, Nuno Tavares picking up a loose ball out on the left, cutting into the area and finishing superbly beyond Allan McGregor and into the opposite corner.

Cedric Itten restored Rangers lead in the 75th minute but Edward Nketiah with seven minutes left as both teams shared the spoils.

“Good to be back at Ibrox with fans and a goal – looking forward to more to come!”