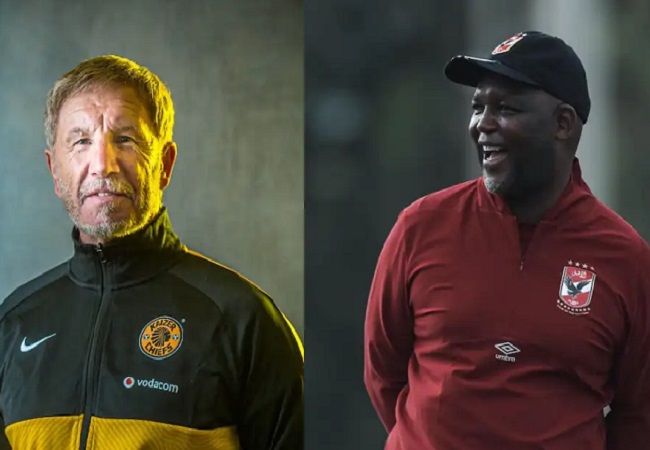 The winners of the CAF Champions League will be decided on Saturday, when Al Ahly and Kaizer Chiefs will face off in the final in Morocco.

Al Ahly progressed to the final with a dominant aggregate win over Esperance Tunis. On the the other hand, the South African giants came out on the right end of a tight two-legged clash with Wydad AC.

Al Ahly progressed through the group stage with relative comfort, finishing in second spot after collecting 11 points from their six games thanks to wins over Al-Merrikh, Vita Club and Simba, while only losing one game.

That saw them handed a quarter-final tie against Mamelodi Sundowns. And they took a 2-0 lead in the first leg thanks to goals from Taher Mohamed and Salah Mohsen, before Yasser Ibrahim made the aggregate lead 3-0 early in the second leg. And a Mosa Lebusa goal would see the tie finish 3-1 on aggregate.

Pitso Mosimane’s men then took on Esperance Tunis in the semi-finals. And a Mohamed Sherif goal would see them take a 1-0 lead into the away leg.

Coming into the game on the back of three consecutive league wins since the beginning of July, most recently thrashing Misr Lel Makkasa 4-1 away from home, the Egyptian champions will go in search of their 10th CAF Champions League title.

Furthermore, they will aim to defend the trophy after defeating domestic rivals Zamalek 2-1 in the final last year.

To retain the title, Mosimane’s men will have to get past a Kaizer Chiefs side who are on the hunt for their first CAF Champions League title.

They then took on Simba in the first knockout round, and they looked set to reach the final four after picking up a 4-0 win in the first leg thanks to a Samir Nurkovic brace and goals from Eric Mathoho and Leonardo Castro.

However, the tie would go on to be closer than Stuart Baxter’s men would have liked, as a John Bocco brace and a Clatous Chama goal saw the second leg finish 3-0, with Kaizer Chiefs scraping through by one goal.

They would then clash with group rivals Wydad in the semi-finals, and took a 1-0 lead into the second leg thanks to a Nurkovic goal in the 34th minute.

On home turf, Kaizer Chiefs would stand strong to defend their one-goal lead, with the game finishing goalless, seeing the South African outfit meet Al Ahly in the final on Saturday.

They will now look to put a disappointing domestic campaign behind them and secure continental silverware, having finished eighth in the South African top flight.

Also Read :  CAF HAS ANNOUNCED A CHANGE IN ITS RULES FOR CCL FINAL KAIZER CHIEFS VS AL AHLY