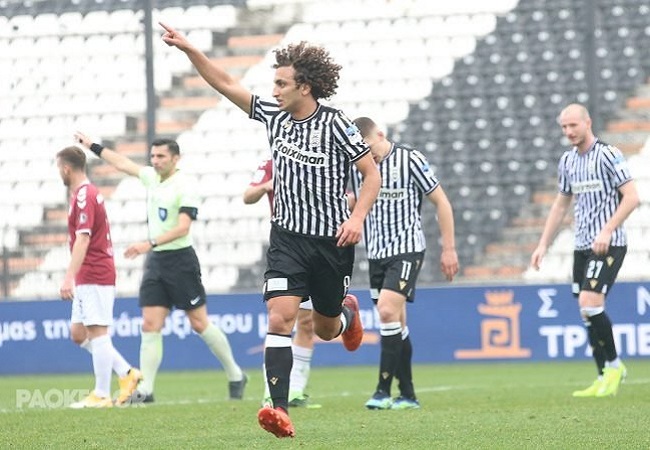 Reports indicated that Amr Warda kicked out of Tuesday’s training with the team last following a disciplinary offense he committed.

The team manager Răzvan Lucescu interrupted the training session and refused to disregard the Egyptian’s attitude.

According to Greek news outlet Gazzetta, Lucescu went as far as kicking Warda out of the pitch while commenting on the incident by saying: “I can’t tolerate Warda’s actions.”

Warda went and sat on the bench. But his nerves got the best of him, as he first kicked a ball and then threw a bottle, which didn’t reflect well on his coach.

The incident seemed to be the last straw, as it wasn’t the first one with PAOK. And it was later rumored that Turkish giants Galatasaray SK showed interest in the 27-year-old. And they have identified him as a target to replace Henry Onyekuru. The Nigerian international who returned back to Monaco following the end of his loan spell.

However, it appears that Warda and his manager reconciled after he was filmed training with his teammates once again on Friday.

Warda has had a great 2020-2021 season with PAOK, having 37 appearances in all competitions. He scored five goals and provided three assists, guiding them to win the Greek Cup.

Warda rose through the youth ranks at Al Ahly. And he has enjoyed stints at Ittihad of Alexandria, Panetolikos, PAOK, Atromitos Athen, AE Larisa, and Volos NPS.