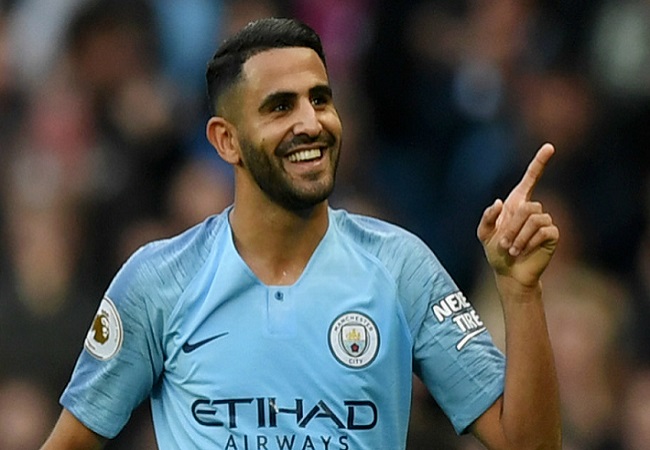 Algeria captain Riyad Mahrez says he cannot “see what is higher” than playing for Manchester City.

The left-footed winger is coming off arguably his best season with the Citizens as he played an important role in helping the team clinch the English Premier League title.

Mahrez scored 14 goals in 48 matches across all competitions during the 2020/21 campaign. And he provided nine assists in the process.

The 30-year-old made it clear that he wants to stay with a team he loves under a coach (Pep Guardiola) he greatly admires.

“What if I want to go higher?” Mahrez said when asked by YouTube channel Oui Hustle.

“I do not see what is higher [than Manchester City]. “To try another championship [elsewhere]? No. I really love England and English football is wonderful.

“I don’t want to leave. I still have goals to pursue here.” The highly-rated player, who helped Leicester City clinch the 2015/16 Premier League title, added.

“When you see Guardiola wants you, it’s flattering. The acclimatization here was not easy. But our relationship today, everyone knows [is great].”

Born in France, Mahrez made his international debut for Algeria in 2014. And he represented them at the 2014 FIFA World Cup.

The 2016 CAF African Player of the Year captained the Desert Foxes as they clinched the African Cup of Nations title in 2019.