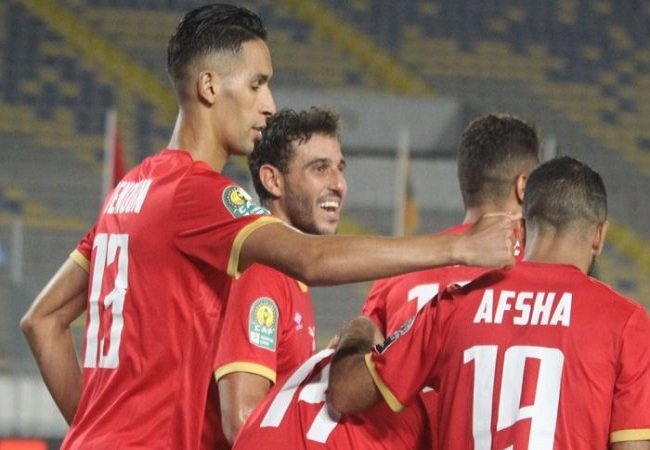 A second-half blitz powered Al Ahly to their second straight African Champions League title. The Egyptian giants have thus extended their record to 10th accolade with a 3-0 victory over 10-man Kaizer Chiefs in one-sided final in Casablanca on Saturday.

While South Africa’s Chiefs, who were making their first ever appearance in the final, kept Ahly at bay in the first half with some resolute defending, the dismissal of Happy Mashiane on the stroke of halftime proved a turning point.

Mashiane’s reckless tackle on the foot of impressive right-back Akram Tawfik left referee Pacifique Ndabihawenimana with no option but to send him off after a VAR review, having initially only handed him a yellow card.

Ahly exploited acres of space after the break to run riot and claim a thoroughly deserved win.

In-form striker Mohamed Sherif opened the floodgates seven minutes into the second half with a delicate chip after a defence-splitting pass from Tawfik, Ahly’s best performer of another glorious night.

Playmaker Magdi Afsha, the hero of last year’s Champions League triumph, planted a delightful curler in off the post to double the lead and central midfielder Amr El-Sulaya ended the match as a contest after capping another flowing move with a similar effort.

Chiefs nullified the threat of Ahly’s lone frontman Sherif in the first half, with central defensive pair Eric Mathoho and Daniel Cardoso clearing numerous crosses from both flanks.

Ahly totally dominated proceedings. But they found it hard to carve out openings, with a mis-hit acrobatic effort from Afsha that went wide marking their best chance in an otherwise dull half.

Chiefs were content to sit back and soak up pressure. But their game plan received a blow just before the half-time whistle when Mashiane received his marching orders.

The sending-off was all what Ahly needed to stamp their authority. And they duly delivered, putting their South African opponents to the sword.