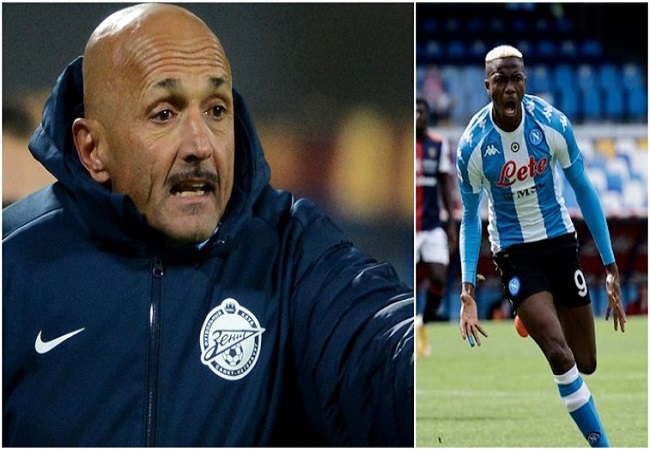 Vibonese coach Gaetano D’Agostino is convinced that the combination of Napoli manager Luciano Spalletti and Nigerian striker Victor Osimhen is a perfect match made in the stars.

Spalletti has a history of working with traditional number nines and turning them into world-class strikers.

The former Roma manager has famously worked with Roberto Sosa and Stefano Fiore at Udinese, Mauro Icardi at Inter Milan, and Francesco Totti and Edin Dzeko at Roma.

And Spalletti did wonders too with Vincenzo Iaquinta at Udinese, causing many to predict that he could have a similar effect on Osimhen.

Osimhen arrived in Napoli last year for a club and African record transfer fee. And despite a few struggles in his debut season, the 22-year-old managed to find the back of the net ten times for Il Partenopei.

After spending part of his vacation in Nigeria, the Super Eagles star is back in Naples, poised to be Il Partenopei’s main man next term.

And D’Agostino is expecting the partnership of manager and player to turn the youngster into a top-level forward.

“What do I think of Victor Osimhen, the number 9 of Napoli? I’m curious to see him at work after a year in which he is already used to Serie A.” D’Agostino told Radio Kiss Kiss as per Area Napoli.

“He can do like Mirko Vucinic at Roma or Vincenzo Iaquinta to Spalletti’s Udinese. If you remember, they were both fast and did very well with the coach, who was able to exalt them.” The former Fiorentina midfielder explained.