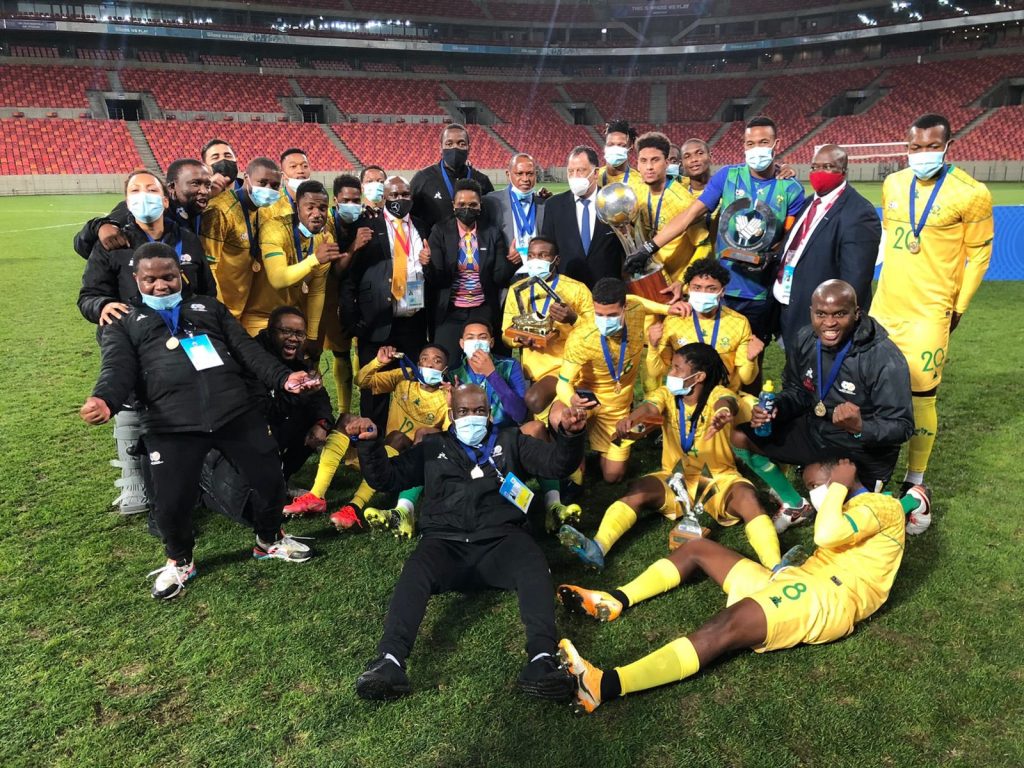 Cosafa Cup is staying in South Africa after the hosts outclassed guests Senegal 5-4 on post-match penalties at Nelson Mandela Bay on Sunday evening.

Both teams pushed each other to the limit with 90 minutes, then 30 minutes of extra-time failing to produce the winner in Port Elizabeth.

However, the penalty lotteries produced decisive, as Senegal goalkeeper Pape Ndiaye saved one penalty for South Africa then turned villain when he sent his spot kick into the terraces.

In contrast, his Bafana Bafana counterpart Veli Mothwa proved the hero of the day by saving a Senegal penalty then  converted his attempt.

In an earlier kick-off at the same venue, goalkeeper Mathabela Sandanzwe scored a decisive spot-kick as Eswatini defeated Mozambique 4-2 on post-match penalties to win bronze medal.

The tournament started on July 6 2021 with 10 teams divided into two groups each comprising five teams, with the top two making the last-four cut.