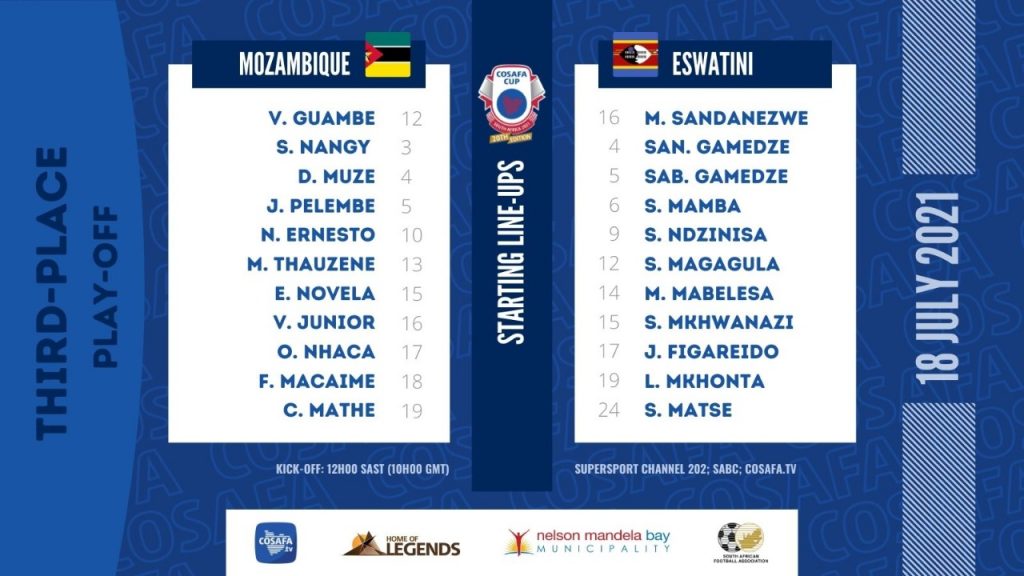 Mozambique take on Eswatini in a third-place play-off for the Cosafa Cup in South Africa today.

The third-place play-off will take place at Nelson Mandela Bay in Port Elizabeth in a lunch-time kick-off.

Eswatini and Mozambique are contesting for bronze after losing their respective semi-final matches on Friday.

Eswatini squandered a two-goal lead to draw 2-2 with the guests Senegal who went on to win the semi-final match 3-0 on post-match penalties.