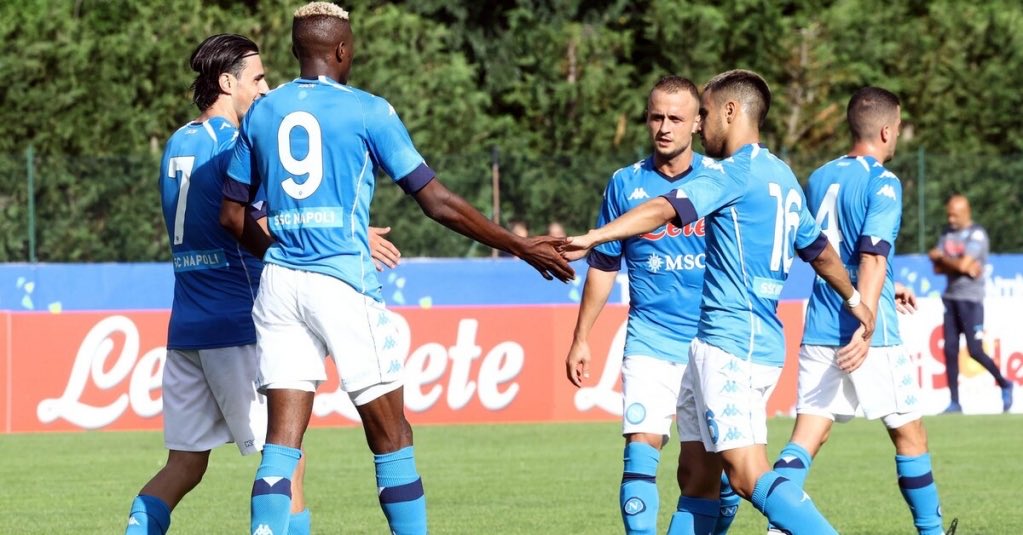 Nigerian forward Victor Osimhen sent a warming message to Serie A defenders ahead of the new season as he scored four goals in Napoli’s 12-goal thriller against Bassa Anaunia in friendly on Sunday.

The 22-year-old has been on a sensational level for the Partenopei‘s first preseason friendly against an amateur side.

Osimhen was the first to score as he converted a pass from behind the defense.

That opened the gate for the Super Eagles striker who scored three other goals after that one.