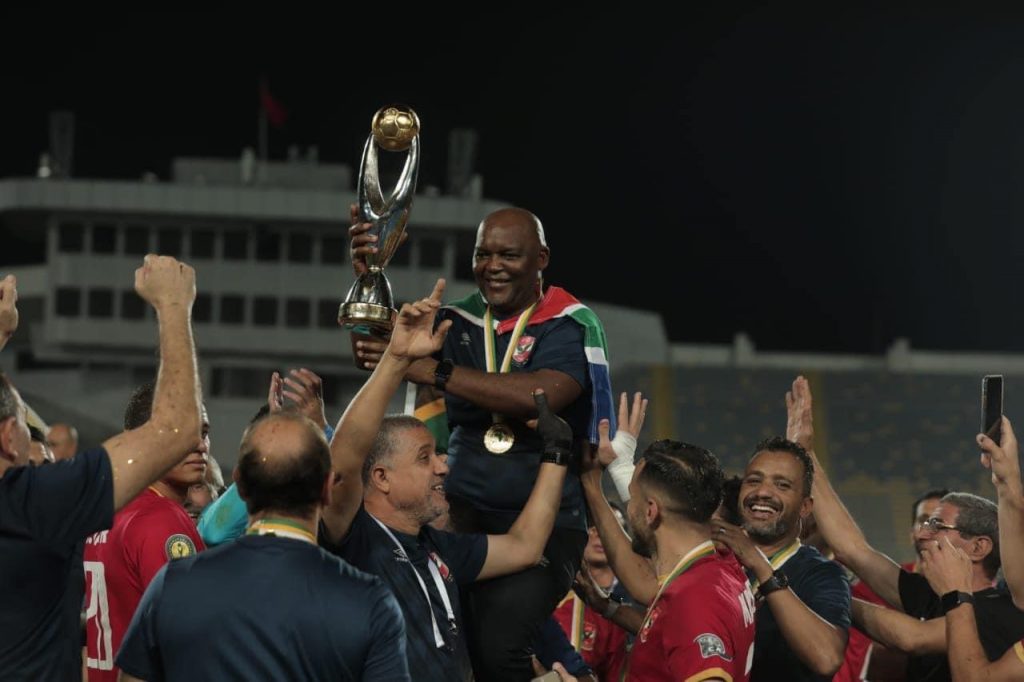 Al Ahly coach Pitso Mosimane has questioned why African coaches are overlooked for top football awards such as for Ballon d’Or and Fifa.

“Africa should trust its own people. There is much we can do. Even the awards of the Fifa Player of Year, the Ballon d’Or and Coach of the Year, we don’t feature. It is only the Europeans who feature [yet] we have won trophies. I have won about nine but nobody cares because I am not the coach of Liverpool, but the history stays,” he said in a post-match news conference.

Mosimane said this after steering the Egyptian giants to the CAF Champions League title following a 3-0 win over 10-man Kaizer Chiefs from South Africa on Saturday evening.

The final took place in Morocco where the South African coach Mosimane lined up against Englishman Stuart Baxter in charge of Chiefs.

Mosimane said African coaches should not be judged based on where they come from.

“I mean the coach who was opposite of me is from Europe, England. The coach who was against Zamalek was from Portugal and they call him [Jose] Mourinho, but those things don’t matter in a match,” he said.

Baxter took charge of the final after his deputy Arthur Zwane had presided over two-legged semi-final matches, beating Wydad Casablanca 1-0 in Morocco before forcing a goalless draw in Johannesburg.

Before Baxter’s return to Chiefs, South African Gavin Hunt had guided the Soweto giants to the semi-final stage after seeing off the likes of Simba SC.

However, Hunt was sacked immediately after qualifying for the semi-final, paying the ultimate price of Chiefs poor domestic form.

However, Mosimane said Hunt and Zwane deserved more respect for taking Chiefs to the final against all odds.

Mosimane has now won three Champions League trophies, two with Al Ahly and one with Mamelodi Sundowns making him the most successful African coach in the continental league’s history.