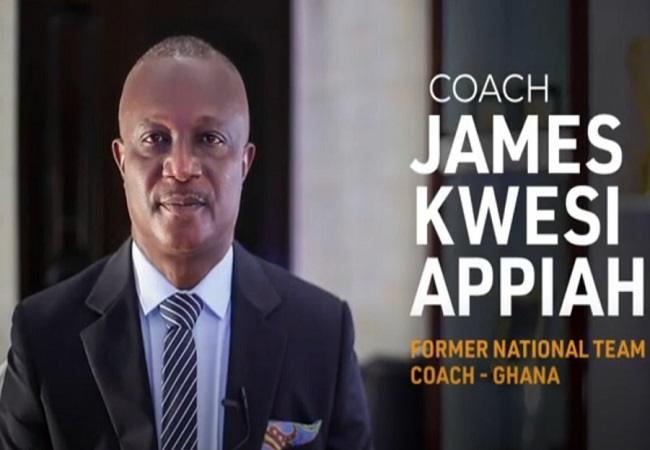 Former Black Stars player and coach Kwesi Appiah is back in management. He was appointed coach of Kenpong Football Academy.

The 61-year-old has been tasked with the role of nurturing and developing football talents from all over the country. The ambitious academy, owned by business man Kennedy Agyepong, announced the appointment of Kwesi Appiah on Sunday, July 18, 2021 on the academy’s official twitter page.

“We are proud and honoured to have you as our Head Coach. And may God bless your good works with KFA!” Added the club.

Kwesi Appiah’s last job as a coach was with the senior national team, where he led the Black Stars to the last 16 of the Africa Cup of Nations in 2019. However, the Ghana Football Association (GFA) failed to renew his contract. They rather appointed Charles Kwablan Akonnor as his replacement.

The ex-Asante Kotoko captain has enormous experience in coaching. He had a spell in Sudan where he coached Al Khartoum. He was also the first Ghanaian coach to qualify the Black Stars to the FIFA World Cup.

Kenpong Football Academy is situated in the Central Region. And the founder is the former vice chairman of Asante Kotoko, Kennedy Agyepong. The business mogul’s vision is to produce talents that could feature for top clubs around the world.