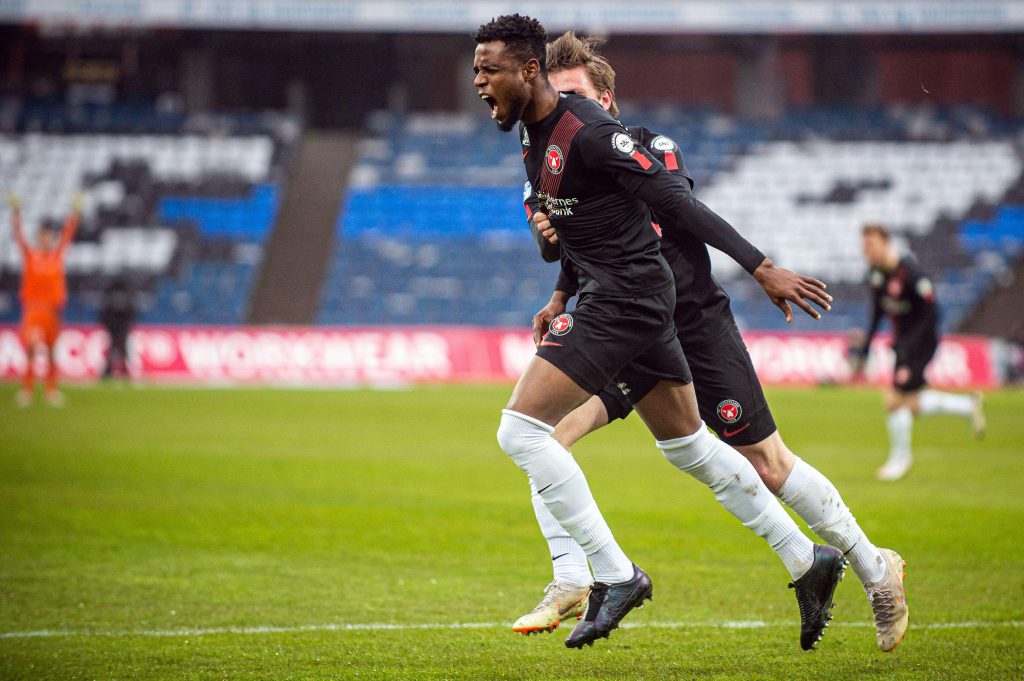 Premier League newcomer Brentford have completed the signing Frank Onyeka from Denmark club, FC Midtjylland.
Onyeka became the first signing of the club who newly gained promotion back to the Premier League.
The midfielder was announced on Monday night after he arrived the UK and will now undergo a period of quarantine before joining with the squad for training.

According to a statement from the club, Onyeka received his work permit at the weekend and he has completed his medical.

Frank will join from FC Midtjylland, where Brentford FC Owner Matthew Benham has the majority shareholding, for an undisclosed fee and has signed a five-year contract.

The Nigeria International spent his entire professional career with FCM, as they are known, and has been a regular for them in the Danish Superliga for most of the past four seasons.

He arrived in Denmark as an 18-year-old from FC Ebedei, a Nigerian club with links to FCM.

He progressed to the First Team and made his breakthrough in the 2017/18 season.

Frank played in the UEFA Champions League and UEFA Europa League for FCM, and leaves Denmark having made 123 appearances and scored 17 goals.