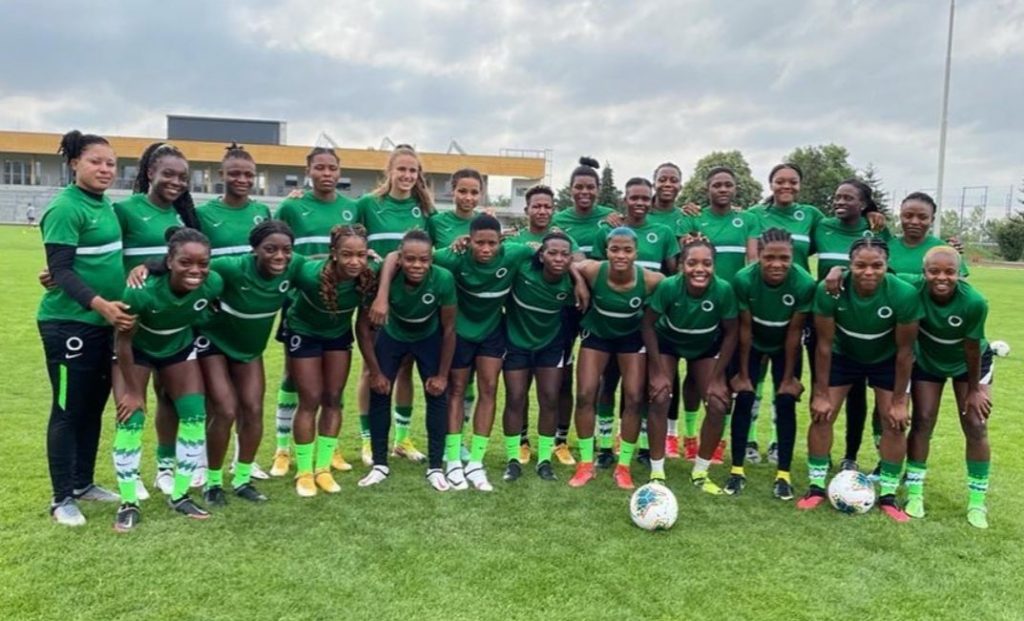 The Nigeria Football Federation says it has initiated moves to ensure the unmasking of the self-acclaimed Nigerian who got on the train with the Super Falcons in Vienna, Austria on Tuesday and made the players uncomfortable with inflammatory political talks.
Team officials explained on Tuesday afternoon that the girls, who had been in the Austrian capital since Thursday preparing for upcoming international engagements, opted to have a view of the city after their morning training, and decided on public transport to the city centre.
The guy, whose claim to be a Nigerian was much doubtful from his accent, launched into abuses against the girls for representing Nigeria, and kept saying that no one could touch him because that would amount to assault as he had not touched anyone.

His tirade did not unsettle the girls in any way as he was ignored throughout, and the disciplined response infuriated him the more.
However, Nigeria’s FIFA Match Agent, Jairo Pachon told thenff.com that the matter has been immediately reported to the Austrian Police and the Embassy of Nigeria, and the fellow, who was bundled out of the train at the next station, would be fished out.
“It is unfortunate. The girls were on the way to the city centre which was just a few minutes from the hotel.
“They entered this train and the guy got inside and started insulting them.
“He was bundled out at the next station and we have reported the matter to the Embassy of Nigeria and the Austrian Police.
“We have never had this kind of case with any of our teams and lessons have been learnt and we will be guided appropriately going forward.
“This incident will not in any way affect the team’s camping programme and they will remain in Austria until Saturday, 24th July as scheduled.”
President of the NFF and FIFA Council Member, Mr Amaju Melvin Pinnick said the NFF will immediately report the matter to world football –governing body, FIFA and would pursue the case to its logical conclusion.
“We are infuriated because these are young ladies who are our ambassadors and are there in Austria preparing for major international competitions.
“That was a dastardly act by that fellow and we are not taking it lightly.
“The girls simply wanted to go on sightseeing and there is nothing wrong with that.
“They do not deserve to be subjected to such diatribe by a so-called fellow Nigerian.
“We will unmask the fellow and then take it from there.”
Watch video of how Super Falcons players were verbally harrased in Austria
Video of how Super Falcons players were verbally harrased in Austria.