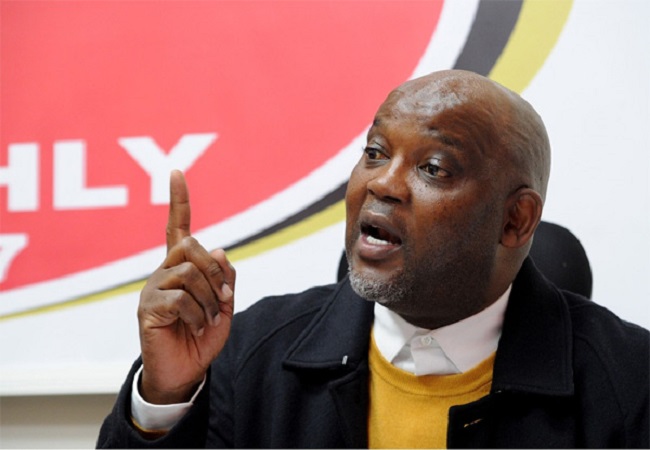 Pitso Mosimane has made a rallying call to the world but more importantly Africa to start appreciating African footballers and coaches when it comes to the awards season.

The Al Ahly mentor spoke out after winning yet another trophy in the form of the CAF Champions League title, his 17th overall and eighth in the past 18 months.

Mosimane has hit out at FIFA and France Football (the publication in charge of the famous Ballon d’Or awards) for failing to recognize him and fellow Africans that are excelling in football.

“At the Fifa awards in the Ballon d’Or and the Coach of the Year categories, we don’t feature. It is only the Europeans who feature. I have won eight trophies. But nobody cares. Because I am not a coach of Liverpool but the history stays.” Pitso Mosimane said.

“Africa should trust its own people. He (Al Ahly chairman Mahmoud El Khatib) could have gone to Europe and brought all the Europeans who are coming to Africa to coach. But we have Africans who can win it ourselves. Why don’t we believe we can win it?” – Wondered Pitso Mosimane.

“The 2019 Afcon was won by Algeria with an Algerian coach (Djamel Belmadi). And the losing finalists were Senegal, coached by Aliou Cissé. We sometimes give the Europeans too much respect. And we forget who we are. We just look for anybody from Europe and we give them the team. But we have the personnel.

“Why are Sadio Mane and Mohammed Salah conquering the UEFA Champions League? The problem is that we just look for anybody from Europe and we give him the team to coach. But we have the resources. Africa has the resources.” Pitso Mosimane continued.

“I mean, the coach who was opposite from me is from England (Stuart Baxter). The coach at Zamalek (Jaime Pacheco) is from Portugal. He worked with Jose Mourinho. But those things don’t matter in a match. So Africa should trust its own people. There’s so much we can do.” Added the Al Ahly coach.