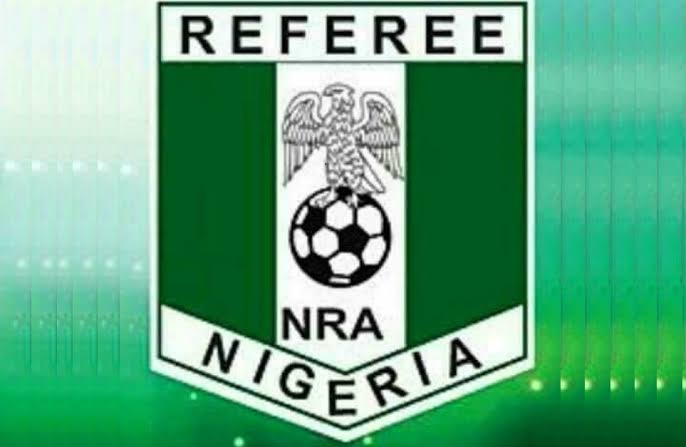 The officials were suspended for poor officiating in Matchday 32, 33 and 34 of the NPFL.

According to a statement by the NRA, the affected referees have been summoned to appear before the Nigeria Football Federation NFF referees committee.

They have also been placed immediate and indefinite suspension from league matches pending when the cases against is decided.

The statement from the NRA reads;

“The following Referees have been stepped down from further appointments in the NPFL pending their appearance before the NFF Referees Committee concerning incidents related to the matches handled.”

NRA gave the names of the referees to include Nura Albulahi from Zamfara State who handled Matchday 32 clash between Akwa United and Enyimba FC.

Nura along with his Assistant Referees AR 1 & 2, Aromana Moruf and Francis Friday from Lagos and Bauchi States in that order are also to appear before the committee.

Others are Gababi Abdurashd from Taraba State who was the centre referee in the Matchday 33 clash between Kano Pillars and Dakkada FC.

His AR 1&2 Aminu Salihu from FCT and Akinola Tosin from Ekiti State were also suspended and summoned.

The last set of officials to appear for interrogation are the centre referee in the match involving Akwa United and Warri Wolves
Olayinka Olajide from Lagos and his co- officials, Isa Aliyu from Jigawa State and
Jimoh Abdurashd Bauchi State who were AR 1 & 2 during the match on Sunday.

The NRA expressed dissatisfaction over how some referees have lived below expectation in recent games.

This is coming on the heel of a refresher seminar organized for referees in the country as they were also told to report immediately to appropriate bodies accurate incidents related to security at match venues especially where it affects their lives and performances.