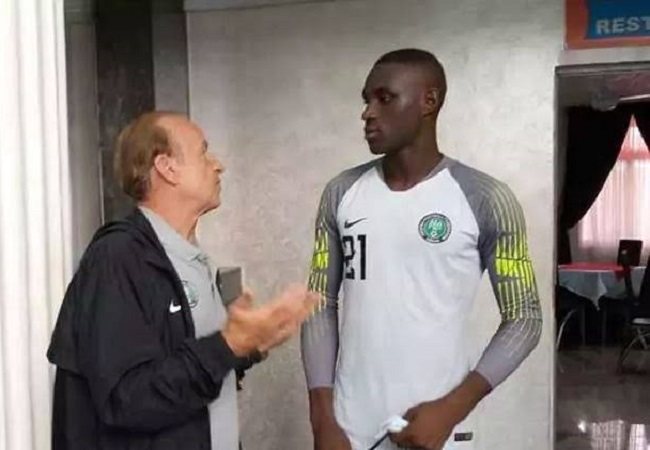 The five-time CAF Champions League winners have confirmed that veteran Ivorian goalkeeper Sylvain Gbohouo will not continue at the club. This decision led for the capture of a young Nigerian prospect.

Gbohouo had been one of the elite goalkeepers at Mazembe since 2015. Still, the club decided against renewing the 32-year-old’s contract after claiming the league title at the end of the just-concluded season.

The most successful club in the history of DR Congo has decided to bring in 18-year-old Suleman instead.

According to FootRDC, the Nigerian youth international is a recommendation from Super Eagles head coach Gernot Rohr to the authorities at TP Mazembe.

Despite Gbohuo’s departure, Suleman is not expected to go straight in as TP Mazembe’s first choice goalie. Because there would be stiff competition posed by the duo of Ibrahim Munkoro and Aimé Bakula.

An imposing goalkeeper endowed with good reflexes and difficult to beat in the air, Suleman should, however, hold his own in Lubumbashi.

According to the reports, Suleman is already in the DRC for trials with the Ravens. And his signing could be announced shortly if he impresses.

Suleman was a member of the Golden Eaglets squad at the Africa U-17 Cup of Nations in 2019. And wore the colours of Prince Kazeem Eletu FC last season.