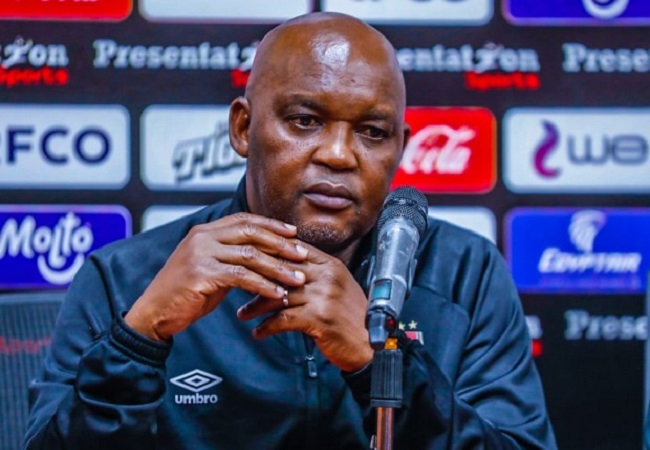 Al Ahly coach Pitso Mosimane has vowed he will recruit a player from South African to join him at the 10-time CAF Champions League champions.

However, that player is neither Orlando Pirates attacker Thembinkosi Lorch nor Mamelodi Sundowns talisman Gaston Sirino.

In fact, that player will not come from Mamelodi Sundowns with Mosimane saying he won’t touch any of their players. Because the club is taking him to court.

“There’s a player that will come from South Africa. It’s not Lorch or Sirino but the player will come.” Said Mosimane in an interview with SAFM.

“He’s not from my former team. Because I don’t want to touch those players because they take me to court.” He confirmed.

Mosimane played his cards very close to his chest in revealing his target, saying he doesn’t want to rufle feathers.

He recalled how he was attacked for wanting to sign Sirino from Sundowns a few months ago before revealing that Al Ahly wanted the Uruguayan attacker even before he became their coach.

“I’d like a South African player to come here. But I don’t want to ruffle feathers. I want to do it the right way.” Added the Kagiso-born.

“You know what happened with Sirino. They said I’m stripping my former team even though Al Ahly wanted him before I came here.” Explained Mosimane.