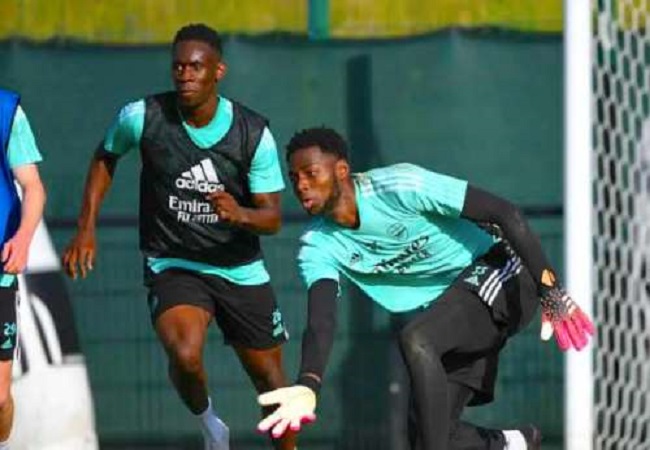 In their ongoing pre-season preparations, Arsenal held a training session at London Colney on Friday, July 23. And according to the training images on their Gunners’ official website, Super Eagles-eligible duo Folarin Balogun and Arthur Okonkwo participated in the workout.

The 20-year-old Anglo-Nigerian midfielder James Olayinka is not in the first team bubble for pre-season as he is still recovering from injury, coupled with the fact that another loan move is on the cards before the close of the summer transfer window.

Okonkwo and Balogun training with the Arsenal squad on Friday confirms that they are not among the ‘small number of playing and coaching staff’ who contracted COVID-19, leading to the cancellation of the trip to the United States for the Florida Cup.

The two Anglo-Nigerian players were given minutes in Arsenal’s first two pe-season fixtures against Hibernian and Glasgow Rangers.