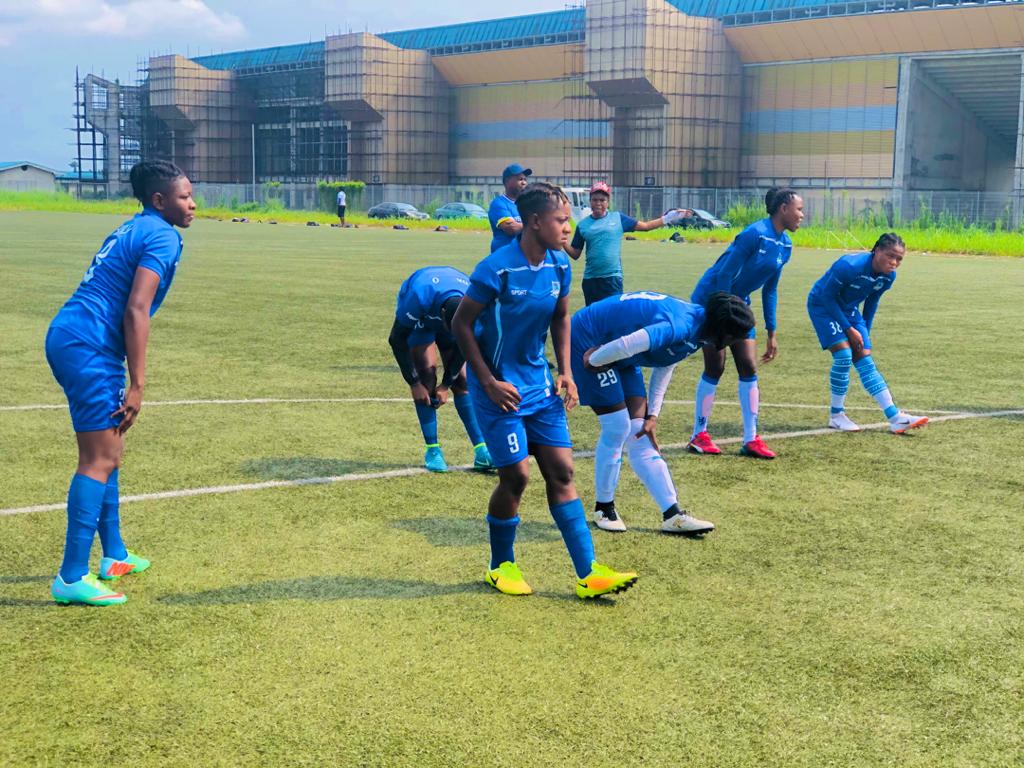 Rivers Angels are through to the semi final of the WAFU (UFOA B) CAF Women’s Champions League qualification tournament following their 5-0 win against AS Police.
The Nigeria Women Football League (NWFL) champions produced another resounding performance against their opponent.
After winning their opening game by 2-0 win against Hasaacas, Rivers Angels showed their superiority over their Niamey opponents.

Oghenebrume Ikekhua got Rivers Angels in front just 13 minutes of play before Alice Ogebe doubled the lead.
Maryann Ezenagu scored the third goal before the first half break.
The NWFL champions returned looking more determined in the second half Ezenagu found the net again in the 77th minute.
AS Police player, Chisa Marceline Bekumaka scored an own to make it 5-0 as they game became a one-sided one with Rivers Angels running away with all three points to top the Group B.

It was Rivers Angels’ second win in Group B in the tournament holding in Cote d’Ivoire.

They await to now their next opponent in the last four after the Group A game.

The semi-final will come up August 2 and the two finalists will represent West Africa in the maiden edition of the CAF Women’s Champions League will take place in Egypt later this year.