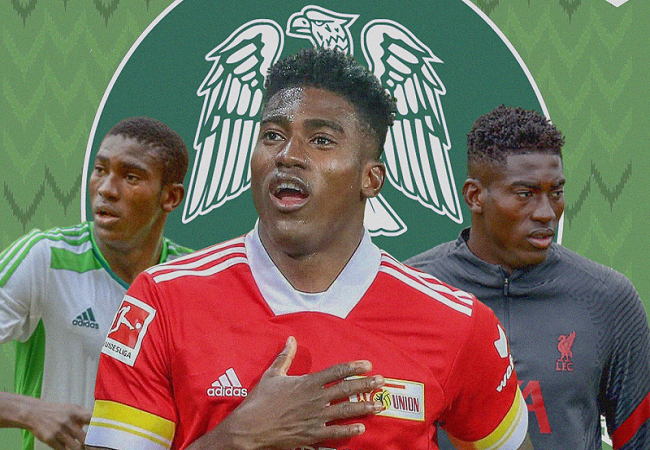 Taiwo Awoniyi completed permanent move to German side Union Berlin a week ago. And the Nigerian striker has revealed what Liverpool manager Jurgen Klopp said furthet to his transfer.

The super Eagle said Klopp was convinced Union was a good move as the Bundesliga club showed a tremendous interest in securing the signature of the young forward.

Union Berlin parted with a club-record transfer fee to acquire their top transfer target. And Klopp believes that is an indication that Awoniyi is going to a place where he is highly rated.

“He (Klopp) said it was a good thing. Because he felt like everyone at Union wanted to sign me at the club.” Awoniyi told Kicker.

“He said it was the most important thing for a young player.”

Awoniyi fulfilled a childhood dream when he helped Nigeria win the 2013 FIFA U-17 World Cup. And he signed for Liverpool shortly after.

But he never played a single competitive game for the Anfield giants. Because he went out on loan to seven different clubs in six years.

Despite inking a long-term contract with Union Berlin to keep him in Germany for the foreseeable future, the 23-year-old refuses to rule out a future move back to England.

“I am convinced that Union is the best move for me at the moment.” Said Awoniyi

“Maybe one day, I’ll go back to England. Who knows.” He added.