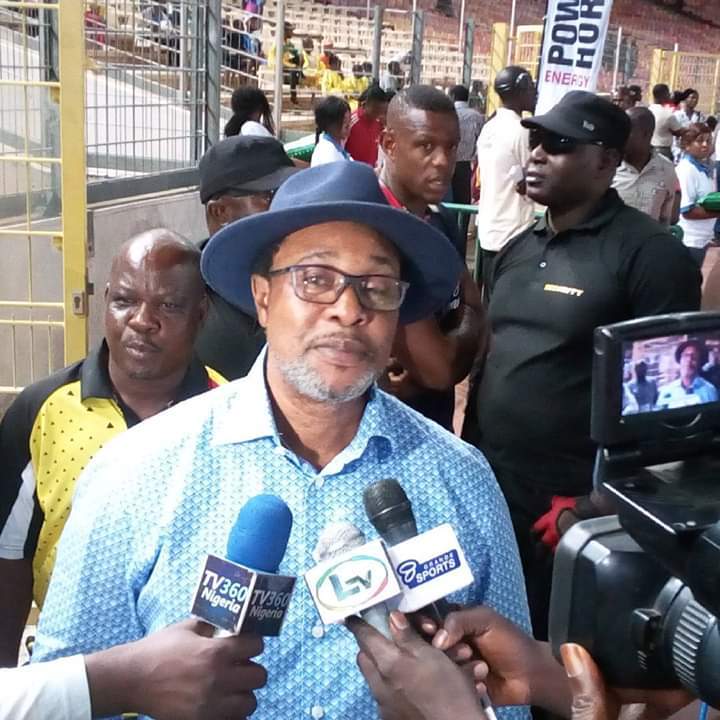 President of the Athletics Federation of Nigeria (AFN) Tonobok Okowa said thank federation have put in place appropriate measures to comply with Rule 15 of the Anti-Doping Rules of World Athletics.
This is coming on the heel of the disqualification of ten Nigeria athletes a the ongoing Tokyo 2020 Olympic Games.
Okowa in a statement received by AfricaTopSports cleared the air that few athletes in the American collegiate system that couldn’t meet up with the WADA sample collection and analysis standard.

Part of the statement reads as follows;
“All our athletes resident in Nigeria and who qualified for the Olympic Games completed the three mandatory tests.
“Most of our top athletes resident in the USA also completed their tests.
“However,a  few athletes in the American collegiate system were tested, but those tests were deemed not to have complied with WADA sample collection and analysis standards.
“It must be noted that no Nigerian athlete tested positive to prohibited substances.
“Also to note is that 12 top Nigerian athletes have been cleared and are eligible for the Tokyo 2020 Olympics.
“The AFN bears responsibility for any lapses that may have occurred in the past and reassures Nigerians that our performances will not be negatively impacted.
“The President of the AFN, Chief Tonobok Okowa has taken proactive steps to avoid future occurrences by appointing Professor Ken Anugweje as the head of the Medical and Anti- Doping  Commission of the Federation.”