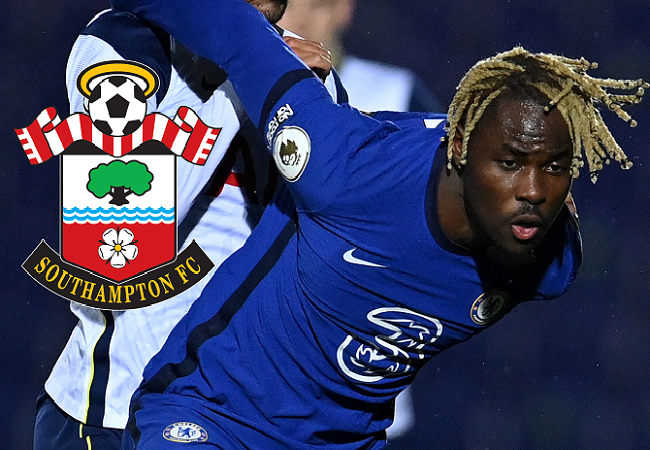 The 19-year-old centre-back joined the Saints on three-year contract for £1.5million from Chelsea. And he will initially be a part of the club’s’ ‘B’ team.

Born in Yaounde, Simeu grew up in Southampton before moving to London and joining Chelsea’s academy at 13 years of age. He has represented England at junior international level. But he is eligible to play for the Indomitable Lions.

“I feel glad, finally, that the move was made possible. I’m just excited to get started.” The teenager told Southampton’s website.

“It’s nice to be back home. I’ve had a really friendly welcome. I feel comfortable that I’m home with my family. So I’m excited.

“I’ve got quite a bit of experience. I’ve played against these boys during Premier League 2. So I feel like I’ll fit in perfectly and hopefully give a real boost to the squad.

“I hope to hit the ground running, get fit and comfortable with the boys and then hopefully push towards the first-team. There’s no limit for me really. So I want to keep going.” He continued.

“I see myself as a leader. SoI hope to keep the boys calm, keep everyone happy and guide players on the pitch. Show that I can do my job, on the ball and also defensively.” He added when asked about what he will bring to the club.

If Simeu can force his way into the first-team squad, he will join a team which already features Malian international Moussa Djenepo and Ghanaian defender Mohammed Salisu.