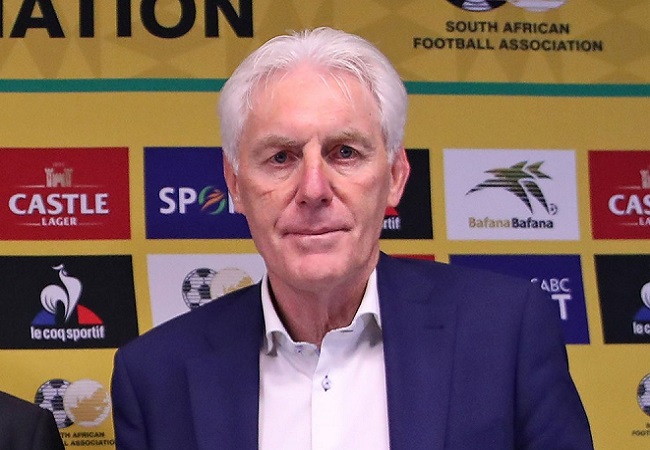 Bafana Bafana coach Hugo Broos is expected to be back in South Africa on Saturday morning. He will travel with his Macedonian assistant Čedomir Janevski to start preparations for the World Cup qualifiers.

The 69-year-old Belgian coach returned home for his second Covid-19 vaccination soon after his appointment in May. And he has not taken his place on the bench in the team’s recent matches.

Also Read : HUGO BROOS WILL NOT RECEIVE HIS WAGES FOR HIS FIRST 2 MONTHS WITH BAFANA

Broos missed the friendly against Uganda at Orlando Stadium last month. And he also did not play a role in the team’s participation in the Cosafa Cup competition that the makeshift Bafana won in Gqeberha.

The start of 2022 World Cup qualifiers was postponed to September due to contentious Covid-19 testing protocols. And it was to also enable some African countries time to upgrade their facilities to meet Fifa standards.

Motlanthe added that Broos and his assistants‚ Janevski and Helman Mkhalele‚ will start working on preparations for the forthcoming and tricky World Cup qualifiers against Zimbabwe away and Ghana at home in early September.

In the absence of Broos‚ a makeshift Bafana lifted the Cosafa Cup after beating Senegal in a penalty shootout in the final under caretaker-coach Morena Ramoreboli‚ who took over at the 11th hour after Mkhalele contracted Covid-19.

It remains to see what type of combination is Broos going to select for the all-important qualifiers as he has made it clear that Bafana must rebuild from the team that failed to qualify for next year’s Africa Cup of Nations (Afcon) in Cameroon.