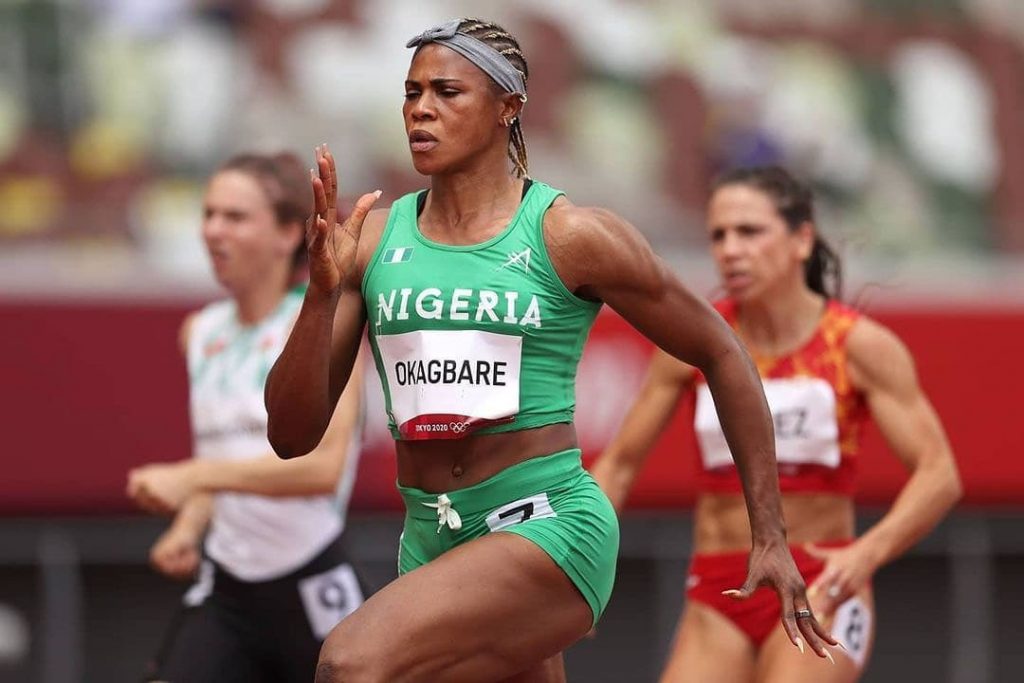 It was another major setback for Nigeria as Blessing Okagbare has been provisionally suspended from the ongoing Tokyo Olympic Games.
Okagbare who is one of Nigeria prospect for a medal at the Olympic Games was said to have tested positive for Human Growth Hormone.
According to a letter AfricaTopSports received from WADA, it was a banned substance on the 2021 WADA prohibited List.

After running an easy smooth race to win her Heat in 11.05s, Okagbare was hoping to be back in her top speed for the semis, where she’s been placed in a stacked field that includes defending Olympic Champion, Elaine Thompson-Herah and British Champion, Dina Asher-Smith.
However, following her suspension, she will no longer participate in any events at the ongoing Tokyo 2020 Olympics.
See WADA Statement On Blessing Okagbare 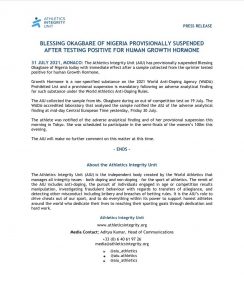