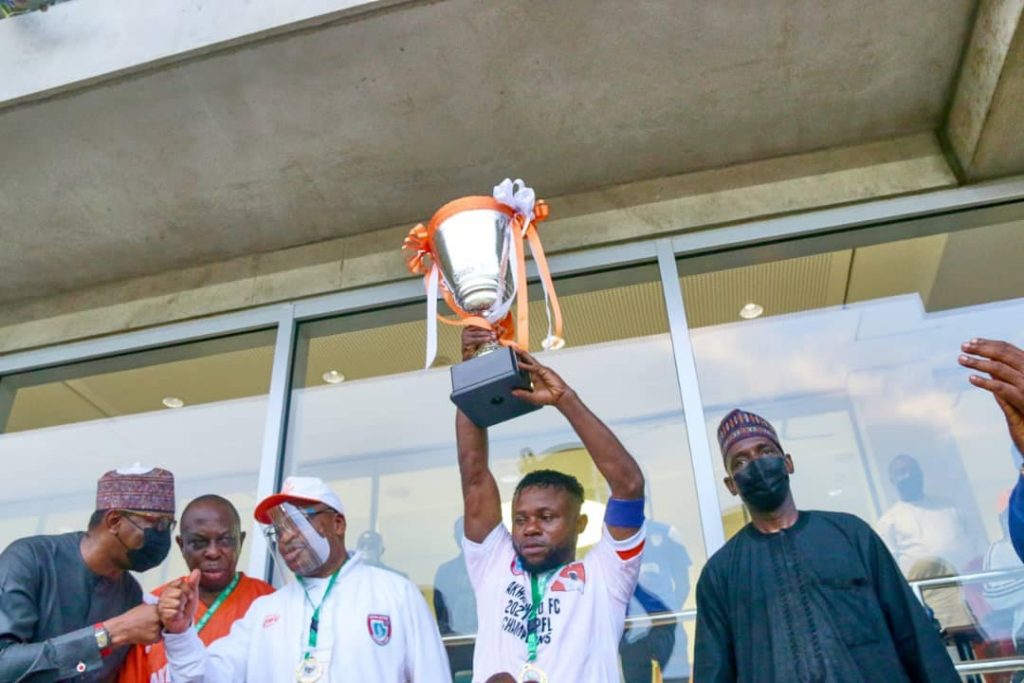 The Promise Keepers have written their name into the history book of Nigerian football with this league triumph.

Charles Atshimene was the main threat for the opponents as he scored a hat-trick (24′ 87′) and in the additoional time.

Michael Mbonu and Dennis Obasi’s goal could not help Mountain of Fire and Miracles FC as their teammate Mfon Udoh scored an own goal in the 43rd minute.

The Promise Keepers will be in CAF Champions league next season.