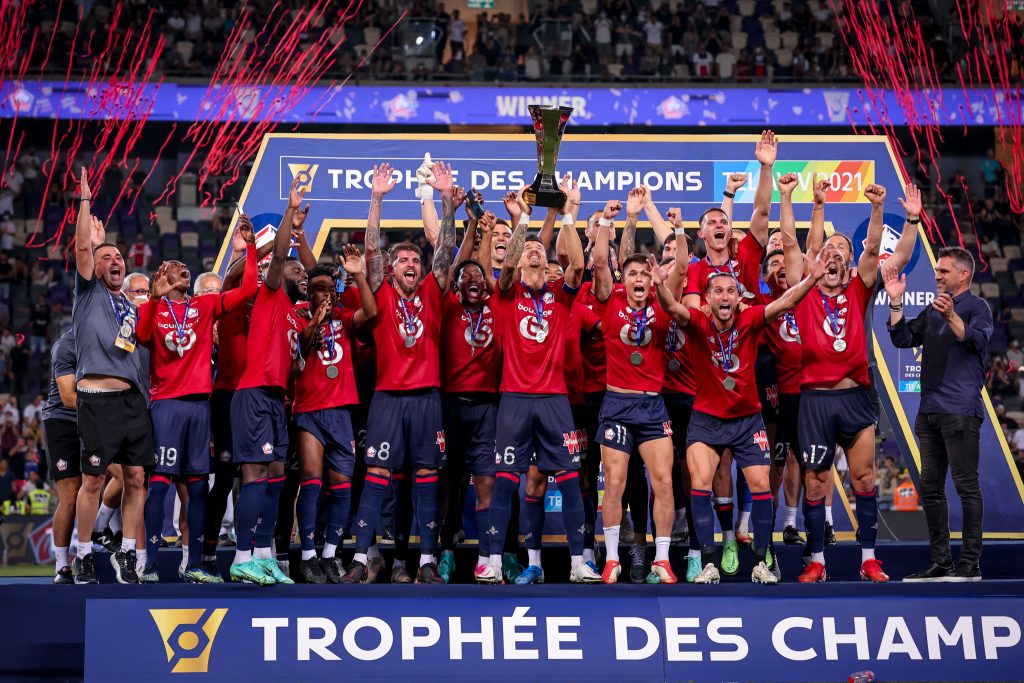 French Ligue 1 champions Lille ended Paris Saint-Germain dominance of the Trophee Des Champions title on Sunday following a 1-0 win.
Maurizio Pochettino’s PSG was without most of their key players like Kylian Mbappe, Neymar Jnr, Marco Verratti and others.
However, Lille showed their intent of dethroning PSG at the sold-out Bloomfield Stadium, Tel Aviv as the rivalry of last season was reignited by both teams.
Lille got closer to breaking the deadlock through Burak Yilmaz who curved in a low-driven free-kick flashing inches past Keylor Navas’ far post.

PSG showed the prospect of not cowering as new signing Achraf Hakimi started to find his groove.
The Moroccan  utilised space out wide and used his pace to run at LOSC full back Reinildo thereby creating some sorts of trouble for Lille.

However, it was Lille that wed knocking more on the door as they kept PSG at arms length with the Parisians managing just one shot on target before the half hour mark.

Xeka became the hero of the day as connected well with a Yilmaz pass as he slotted in the ball for the 25-yard which beat a hapless Navas who was busy in the game.

Then one goal proved to be the difference between both side as Lille lifted their first ever Trophee Des champions.