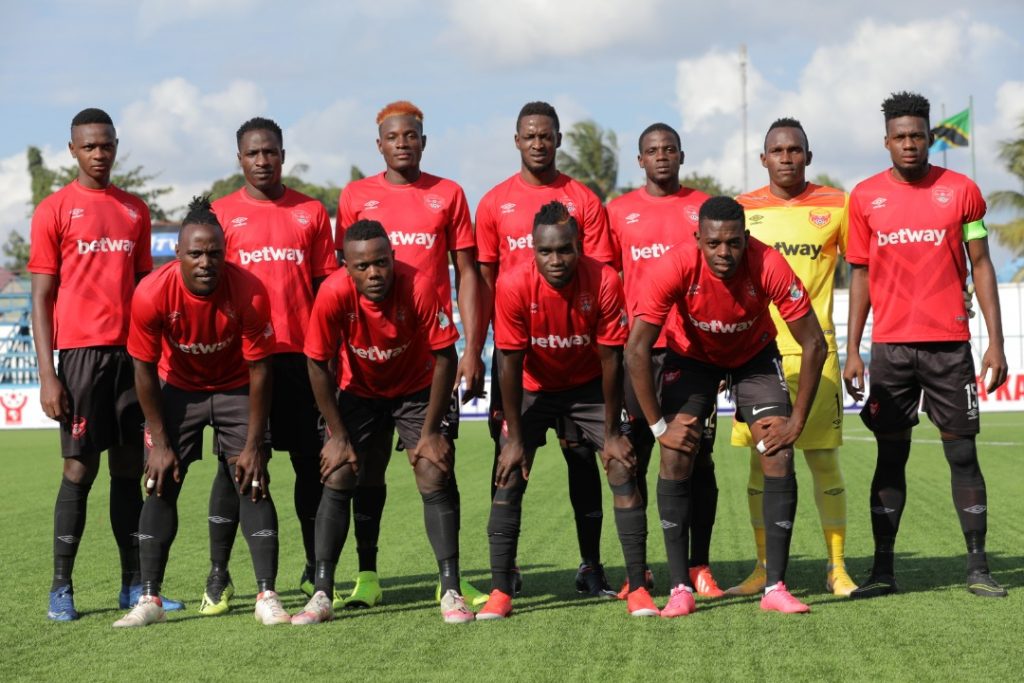 Striker Eric Kambale scored the only goal of the Group A game for the 10-man Express at Azam Complex in Tanzania.

Cecafa website indicates that Peter Makoy for the South Sudanese side had fouled Kambale in the fourth minute to gift Express the penalty.

Atlabara’s Terra Ernandez and John Justin are reported to have come close to scoring but they missed.

Express were then reduced to 10-men after Abel Michael Eturude was sent off for fouling Terra Ernandez.

The defender tried to kick away a ball, but instead kicked the face of the striker, Cecafa website says.

Express coach Wasswa Bbosa has since been quoted saying he was not impressed with the displays of his players.

“We need to improve because my players are very slow on the pitch,” Bbosa is quoted saying.

His opposite number Atit Monydeng, said they failed to come back into the game because they conceded too early in the game.

“We hope to improve in our next match after more of my players also arrive from Juba,”  he said.

The nine-team tournament started on Sunday when Nyasa Big Bullets from Malawi drew 1-1 with the hosts country’s giants, Yanga SC.