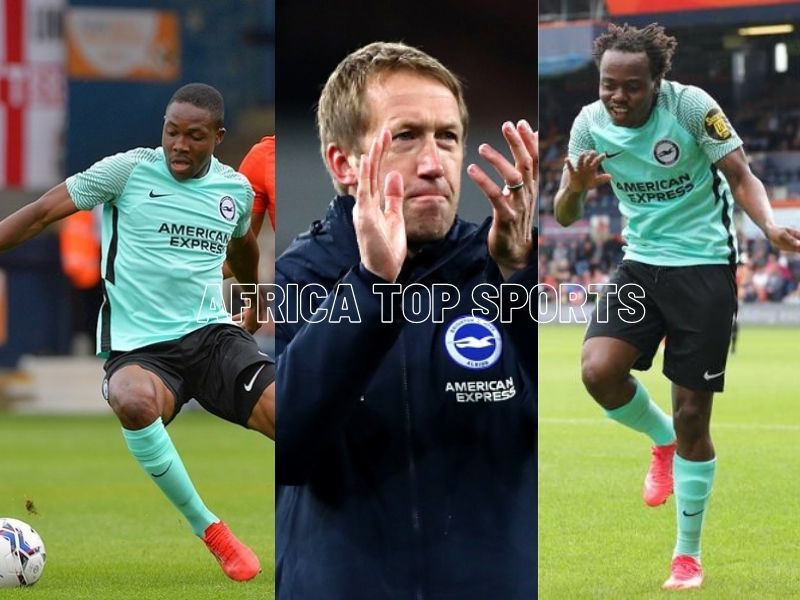 The South African winger and Zambian one stole the show when their club was in action against Luton Town in a pre-season friendly.

Mwepu scored in the 35th minute after Aaron Connolly put the Seagulls in the driving seat.

Later, Tau also put his name on the scoresheet with a beautiful goal and this pleased their coach Potter who did not hide it after the game.

“I thought we played well in the first half especially,” Potter told MyAlbion TV.

“We controlled the game, created some good chances and scored some good goals. I was really pleased for Enock to get off the mark.

“I am disappointed in their goal, which was from an error, and that made the start of the second half a little bit more competitive. It is something we just have to accept and learn from, but in the end, our response was good and it was nice for Percy to score the third.

“There were lots of young players on the pitch getting minutes towards the end of the game. It was a really good afternoon for us.”

In addition, another friendly awaits Brighton on Saturday, August 7 against Getafe prior to their Premier League campaign debut against Burnley a week later.