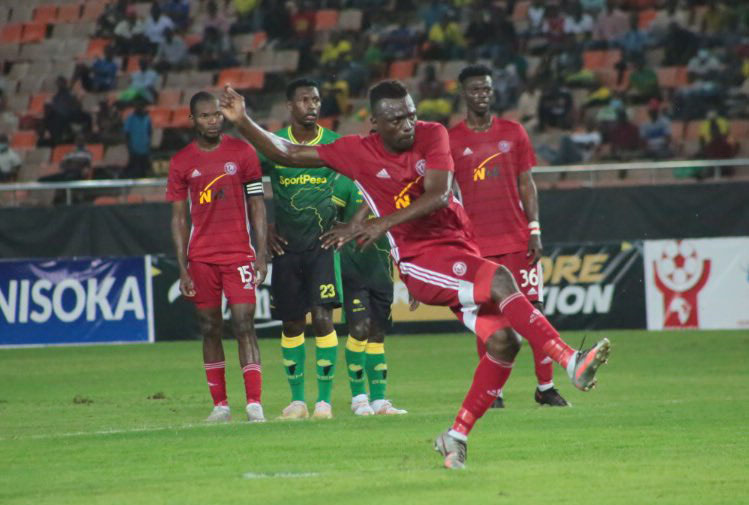 Bullets stand-in coach Peter Mponda fielded an experienced side, handing rare runs to Chiukepo Msowoya, the 2010 Cecafa club championship winner with APR from Rwanda, upfront and Yamikani Fodya getting the nod at the left-back.

However, it was the hosts who drew first blood through Waziri Junior in the eighth minute, finding space among Bullets defenders to slot past goalkeeper Rabson Chiyenda.

However, the lead lasted 21 minutes before the Malawi league champions got their equaliser after Yanga’s Haji Abdalla fouled Aderpoje Babatunde in the box.

Msowoya stepped forward to score Bullets equalizer in the 29th minute after sending goalkeeper Ramadhan Kabwili the wrong way from the spot.

Both teams played attacking football in the second-half but they could not score more goals.

Drama was reserved for the last minute of the match as Kabwili received a red card for fouling Bullets striker Hassan Kajoke. Geoffrey Magaigwa replaced the hosts keeper.

Bullets were making their return to the Cecafa championship after a 28-year absence this time around as guests since the Malawians belong to Southern Zone of Africa football.

Eight teams will slug it out in the tournament which runs from August 1 to 14 in Dar es Salaam, after Gor Mahia pulled out.

The best two teams from each group will qualify for the semi-final stage.