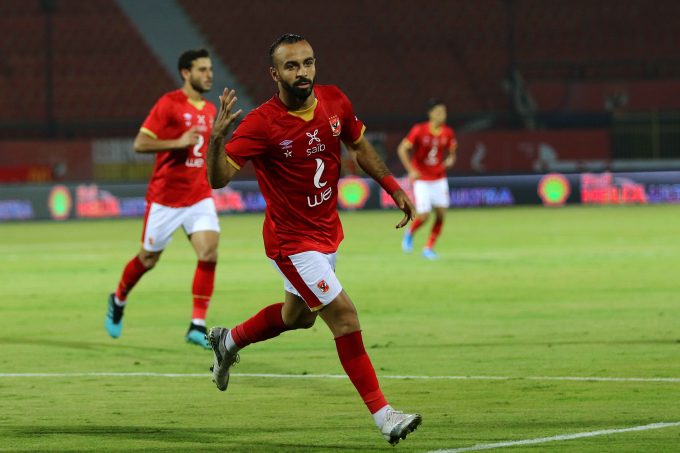 New season and same level for Mohamed Magdy Afsha as Al Ahly’s attacking midfielder claimed the CAF Champions League Goal of the season for the second time in a row.

The 25-year-old clinched the goal of the season award last season thanks to his stunner against arch-rivals Zamalek in final as Red Devils left their 9th trophy.

And Magdy Afsha reiterated the performance in the just-ended CAF Champions league season as he beat Kaizer Chiefs’ Happy Mashiane who netted a lovely goal against Petro Luanda to claim the GOTS Award courtesy of his strike against DR Congo giants AS Vita Club on matchday 4 of the group stages.

Mohamed Magdy Afsha’s goal was voted with a 64% rate by the fans who helped him in securing the award for the second consecutive season.

He then took on to social media to reflect on his journey so far with Al Ahly after joining them from Pyramids FC in 2019.

“It’s been two years since I joined Al Ahly, it’s the best thing I did throughout my career,” Afsha wrote on his Twitter account.

“Before joining Al Ahly, I’d think these are so many titles to win, but after understanding the nature of the club and its fans, I now know that the word enough doesn’t exist in their dictionary.

“When you join Al Ahly, you either make history or leave the club as unwritten history.”