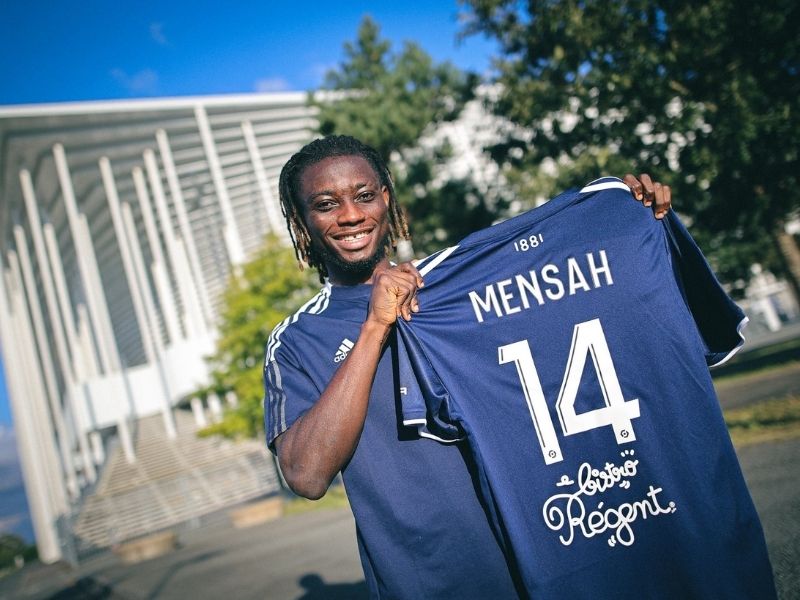 As reported to you by en.africatopsports.com some days ago, the 23-year old Black Stars defender joined the Ligue 1 outfit on loan.

The deal includes an option to buy from next season as Salzburg look for a way to let him go.

“FC Girondins de Bordeaux is pleased to announce the arrival of Gideon Mensah, on loan with option to buy for the coming season”, the club wrote on their official website.

Mensah spent last season on loan with Portuguese side Vitoria Guimarães where he made 22 appearances .

He could also team up with Togolese youngster Thibault Klidje who joined the club in February 2020 should the latter get a first team status.

In addition, Bordeaux will kick off their 2021/22 Ligue 1 campaign at home on Sunday, August 8 when they host newly-promoted side Clermont Foot.