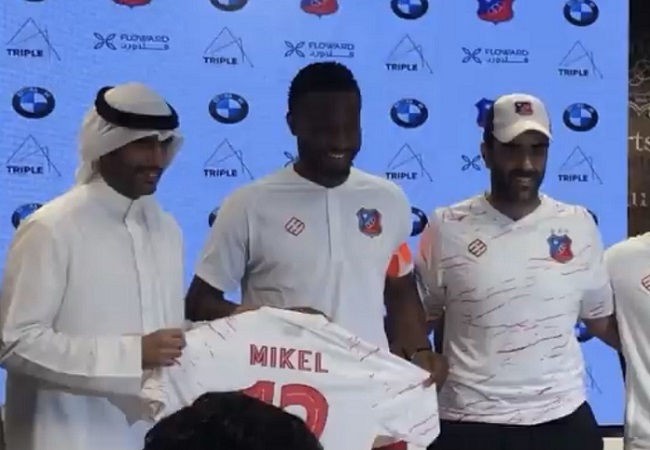 The 34-year-old was handed the number 12 jersey, which he wore throughout his time at Chelsea. Mikel joined Kuwait SC on a one-year deal from Stoke City.

It was a surprise move as he had just signed a one-year contract extension with the Potters. The deal takes Mikel back to Asia, having played for Chinese Super League club Tianjin Jinmen Tiger between 2017-2019.

In his address at his unveiling, Mikel expressed his happiness. He stated he hopes to win trophies at the club. Mikel’s mission will be to help the club win back the Kuwait Premier League title they lost to Al-Arabi SC last season.

He has already started training with his new teammates ahead of the new season.