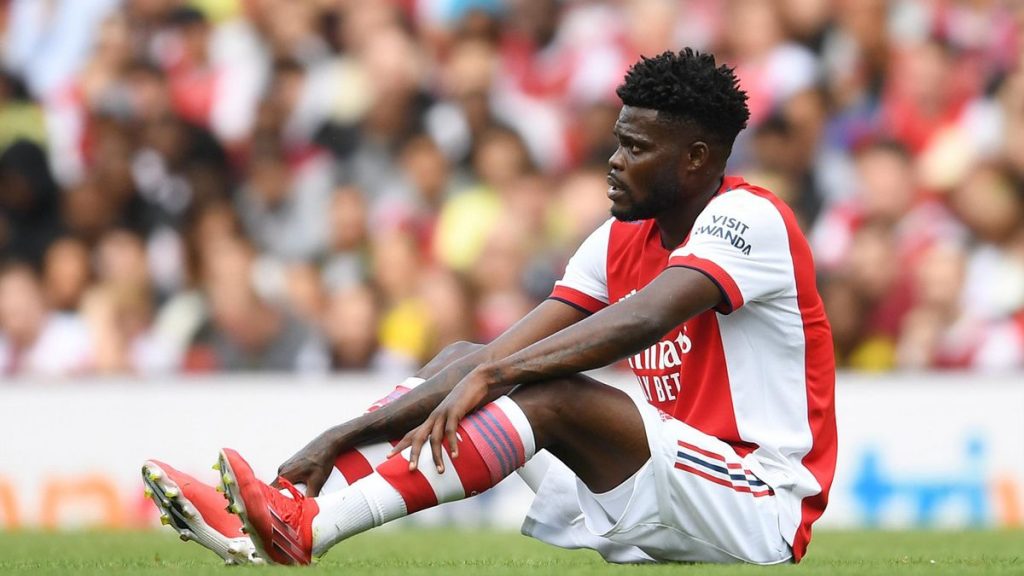 Ghanaian midfielder Thomas Partey will miss out on Arsenal’s Premier League opener against newly-promoted Brentford FC following the ankle injury he sustained against Chelsea on Monday.

The 28-year old was in action for the Gunners on Monday afternoon but had to go off limping few minutes before the half-time after suffering a tackle from Chelsea’s Loftus-Cheek.

Later on, it has been confirmed that the former Atletico Madrid star contracted an ankle injury with the club starting scaring about his unavailability period.

English media reports claim today that Partey will see a specialist later this week in order to determine how long he could be sidelined for.

The Black Stars will miss his side’s Premier League opener against Brentford on Friday, August 13.

In addition, Thomas Partey has been halted by a couple of injury setbacks since joining the Emirates Stadium outfit from La Liga giants Atletico Madrid for £45 million last summer.