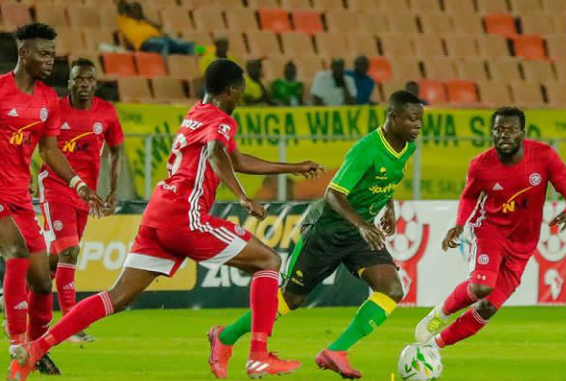 Ahead of the match, Express coach Wasswa Bbosa is quoted saying they want to build on their winning momentum.

“Although we won the match, we did not play well in the opening match. But we are aware the team from Malawi is good and this will call for better concentration,” Bbosa told Cecafa website.

Bullets stand-in coach Peter Mponda has since told the press in Malawi that he expects a physical contest as Express are big and have pace, but feels the Malawi champions can utilise their pace and trickery on the ball to win the game.

Yanga started the campaign with a 1-1 draw against Bullets on Monday whereas Atlabara lost their opener 1-0 to Express, the Uganda Premier League champions.

Therefore, Express lead Group A with three points, Yanga and Bullets are on second and third places with one point apiece and Atlabara are bottom with zero point.

Atlabara coach Atit Monydeng has since cautioned Yanga to expect a good run for their money.

“Young Africans should not expect an easy time from us. We are determined to get points from this match today,” he told Cecafa website.

“My players know that this game is very important for us if we hope to improve our chances of making it to the semi finals.”

Yanga coach Razak Swa has also told Cecafa website that he expects a better showing from his wards in this match.

“We started with a draw, and now we need to win,” Swa is quoted saying.

The action continues on Thursday with Group B matches involving Azam FC against Le Messager Ngozi from Burundi then holders KCCA take on KMKM SC of Zanzibar.

Azam stunned KCCA 2-0 in the opener earlier this week whereas Ngozi and KMKM drew 1-1 in Zanzibar.

The tournament has attracted eight teams, including the guests Bullets, and will run from August 1 to 14 2021 in Tanzania.